Ian Grant said:
A very rare (as in there's no images of another - photos or in adverts) 110 camera made between 1898 and 1904 by the Alliance Roll Film Co Ltd.The camera takes 5x4vnegatives on 1110 roll film 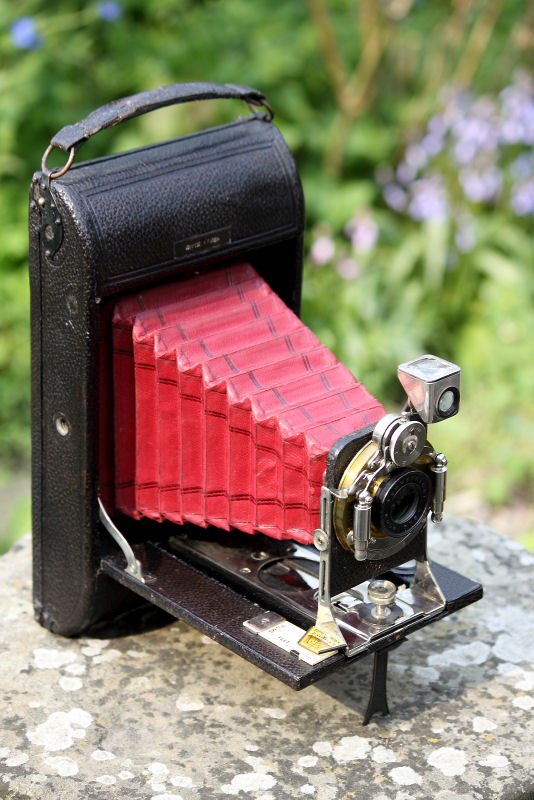 The Alliance Roll Film Camera Co Ltd was a joint venture between Houghtons and Holmes Bros (makers of Sanderson cameras), along with Spratt Bros and two other companies they all merged to become Houghtons Ltd in 1904, later Roll film cameras all carried the Ensign brand name.

The B&L pneumatic shutter still works perfectly and the Beck lens is in excellent condition, as are the bellows.

That is a thing of beauty!

Not sure what I have that would count as a rarity of real collectible interest--Perhaps my 11.5" and 14" Veritos are particularly desirable, but those aren't so uncommon, and I'd say the same for the 36cm standard Heliar (not the soft-focus "Universal" version) in my avatar.

I have a 16.5" Dagor, which isn't too common. When I sell off a couple of other things, I'll have it mounted in a Betax 5 shutter I've been saving for the purpose.

My 5x7" Press Graflex, which I've used quite a bit until the spring snapped a couple of years ago and is awaiting repair, was a popular camera for newspaper work in its day, but I have both film and plate mags (with film inserts) for it (it's an unusual mount with 2 pins, not exactly Graflex-type), which might be something of a rarity, and I've got adapters to convert the 5x7" plate septums to 4x5".

I've got an original Canon FD-EOS adapter, which is something of a rarity, as Canon only made it available to users of Canon Professional Services.
Last edited: Dec 25, 2016
flickr (really out of date)
Photography (even more out of date than flickr)
Stock photos on Alamy (which I should post more often)
Academic (Slavic and Comparative Literature)
Video Series--Encounters with Polish Literature
Documentary project--Orchestrated: Ignatz Waghalter and the Negro Symphony Orchestra
Music (which I was doing more of in public before the pandemic)

darinwc said:
View attachment 169605 I've had a few rare items in my time.
Such as a komura super wide 47mm. I think there must have only been 100-200 of those made.
I think currently my Olympus Wide-S with 35mm f2 is the rarest I own. They only come up a few times a year. I'm not sure how many were made. I estimate less than 10000 but I'm not sure how less.

I find it interesting that really rare items don't necessarily fetch high prices. Maybe if there aren't many around, not many people talk about them.
Click to expand...

not sure but my Carl Zeiss Distagon CF f/440mm is a rare gem to me.
Regards

The 2nd rare and again I mean exceedingly rare item I have is a Ross Ensar Anastigmat 107mm f3.8 lens in an Epsilon shutter SN 1007 almost certainly a prototype it's an uncoated version of the 105mm f3.8 Ross Xpres lens used on the Ensign 820.

Just kidding. For cameras, probably my Minox III (the IIIs is more common). For lenses, I have a 40/2.8 Kilfitt Makro-Kilar in M42 mount that'll let you get close enough to photograph an electron at 1:1.

I think I have a few rare 16mm and 8mm ciné cameras. Photos later.
Click to expand...

Theo Sulphate -- I wanted to PM you with this question but it seems you don't allow conversations, so I'll ask here: what's your opinion of your Makro-Kilar? I was thinking of getting one with Exakta mount for use with Exakta or Topcon bodies. Thanks.

PMFJI. I can understand a collector's reasons for wanting a Makro-Kilar but a user's puzzle me. Since the Makro Kilars were designed other better macro lenses for 35 mm SLRs have been designed and brought to market. If you must use an Exakta mount camera, why not look for Topcon macro lenses?

To give a little context, one of my friends, now dead, did superb closeup work, mainly of live fishes in aquaria, using a 55/2.8 Steinheil Auto Macro Quinon. He replaced a Contax RF with that rig and was delighted by the ease of working with an SLR and an auto-diaphragm lens. A Makro-Kilar wouldn't do for his application, for which an automatic diaphragm is essential. I've had a 135/2.8 Auto Macro Tele Quinar that I replaced with a 100/4 MicroNikkor, a much better lens.

The Exakta was far and away the best system camera of its day, but its day passed long ago. In their relatively short day, since passed, Makro-Kilars were the best thing going. But nowadays better gear is available. Why use less than more-or-less the best, especially at today's prices for used gear?

Trask said:
... so I'll ask here: what's your opinion of your Makro-Kilar? I was thinking of getting one with Exakta mount for use with Exakta or Topcon bodies. ...
Click to expand...

Hi - I didn't realize PM's were off for me - they'd been enabled on the old site software.

Anyway, I had the good fortune of comparing both the M42 mount 40/2.8 Makro-Kilar and also an Exakta mount one at the same time. The Exakta version could not focus anywhere near as close as the M42 version -- it was hard to believe it was the same lens. I can't explain this. The M42 version gets amazingly close and you can focus to about an inch (25.4mm).

I use it on my Pentax - the only caveat being not to focus at distant objects, otherwise the rear element housing *will* contact the mirror. I've put an annotated note with tape on the focusing ring to physically prevent me from focusing on distant objects. This isn't a problem because I bought the lens for macro work only.

My results with it were very good - with nice bokeh, too. I'll see if I can find a photo here that I've made with it - I'll have to photograph it with my phone, as I have no scanner.
Last edited: Dec 26, 2016
"Great photography is about the visual effect upon the viewer, not sharpness." - Stephen Gandy, Cameraquest
OP
OP

IIRC There are two versions of the Exakta mount Makro-kilar. The the rarer of the two focus down much closer that the lesser version.
The Makro-Kilar I had was no where near as good as any of my more modern macro lenses. It is nothing special.
Galadur.com From darkness, comes the light.

i use everything i have, nothing is a shelf queen
Click to expand...

Don't trust everything you see...even salt looks like sugar

some complain its "like any other lens, but fast, and not even soft " ...
how do you like yours ?

Only used it a few times years ago. As I remember it was ok, average, nothing spectacular.
I think I will get out the 4x5 and try it out again and plan on testing it out with wet plate photography as soon as I acquire a few more items for that...mostly chemicals.
Don't trust everything you see...even salt looks like sugar

I have no idea about rarity, so I offer this for commentary about their rarity... 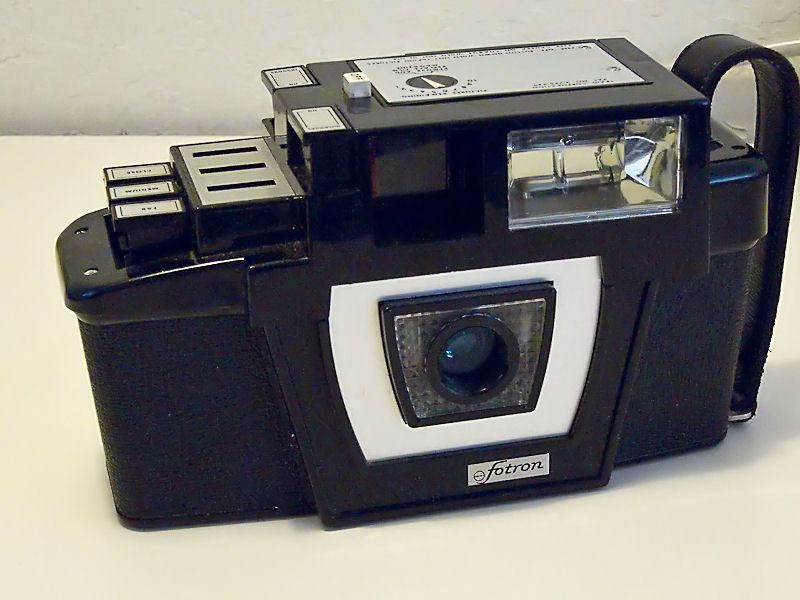 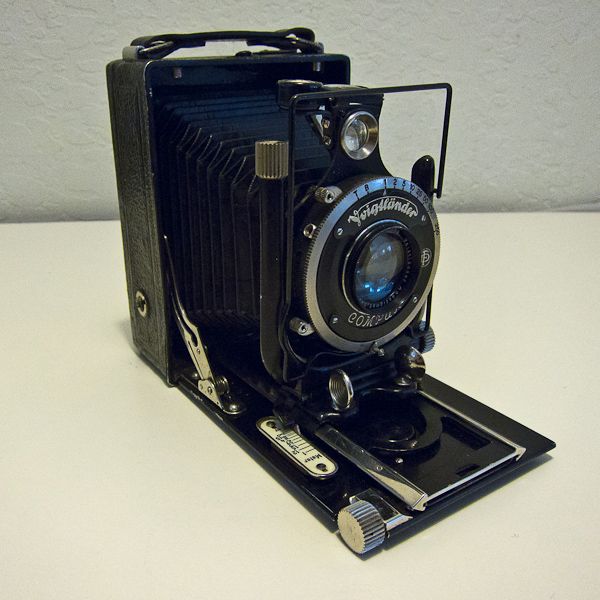 darinwc said:
What is the rarest camera/lens you own?
Click to expand...

The Nikon 105mm f/4 short-mount macro lens is the rarest camera lens I own. This lens does not have its own focusing mechanism because it was designed to be used with bellows or extension tubes. Nikon only made 7,000 copies of this lens. 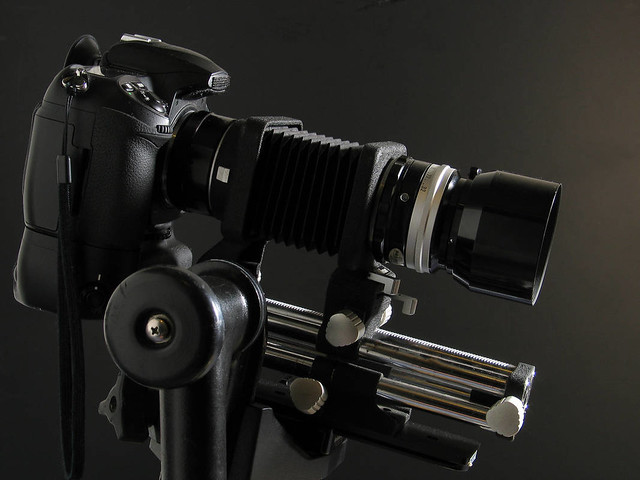 Zeiss Ikon SL 706 with Carl Zeiss f1.8 50mm Ultron. A few made before Zeiss Ikon went under. And my Nikon f2.5 180mm lens. Not many were made. Not a collector but an accumulator, all my stuff is used.

These would be better called uncommon than really rare..... I have a 90mm f4 "fat" Elmar made in the early 1930's. Sources say only 2,400 of these were made. My father bought it to use on his iiic around 1970 from one of those New York discount dealers that used to advertise in the back of the camera magazines. Reasonably sharp but low contrast, it does nice things with subjects like large flowers (e.g. day lilies) in open shade.

Apparently I have a tendency to hold on to gear I like!

I have a KB Canham wood 5x7. Production counts are probably fairly low on this camera, but they don't seem terribly difficult to locate if you're looking for one.

Lens? Maybe an 85mm f1.5 Soligor, Pre-set, T-mount. Made sometime in the 60s. It's not that special, and partly for that reason I expect that few are still around and in use.
---
mike rosenlof
louisville colorado usa 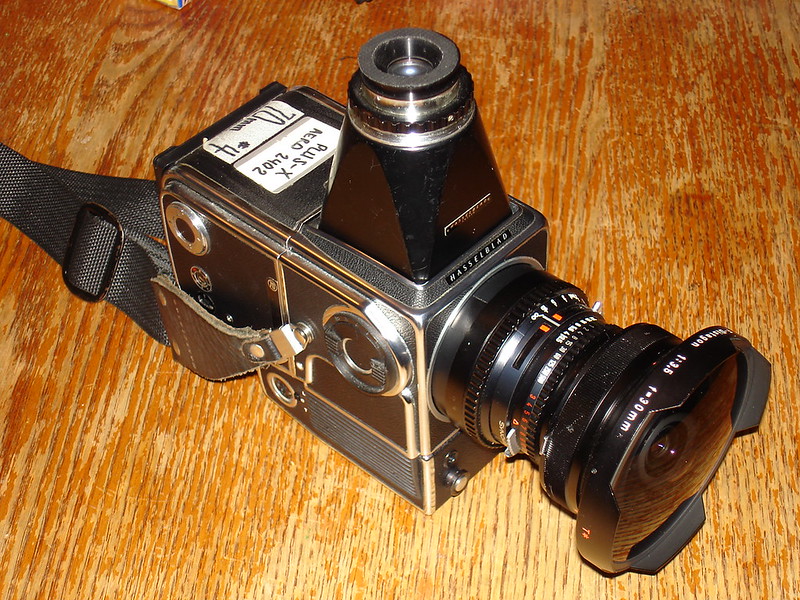 “The secret of getting ahead is getting started.”
― Mark Twain

Canon FL 1200mm f/11 is probably the lowest production piece I have.
One of the illusions of life is that the present hour is not the critical, decisive hour."

Darn that IS a rare beast! Sheesh! I would love to see that in person!!

I believe Canon offered to swap the manual out for the EF mount on those didn't they? Or was that 1600mm that they offered that? 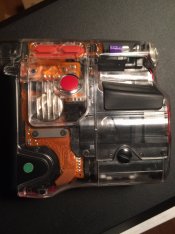 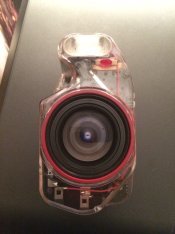 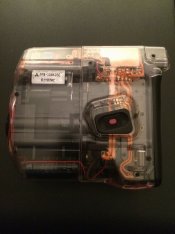 How about this one?A fully working,see through(except for the film chamber!) yashica samurai half frame camera.

StoneNYC said:
Darn that IS a rare beast! Sheesh! I would love to see that in person!!

I believe Canon offered to swap the manual out for the EF mount on those didn't they? Or was that 1600mm that they offered that?
Click to expand...

That was one of the later FD mount super teles that they recalled and had converted to EF and autofocus. I want to say it was the 1200/5.6.
One of the illusions of life is that the present hour is not the critical, decisive hour."

My rarest camera is my Olympus Pen W.

Both are relatively rare. 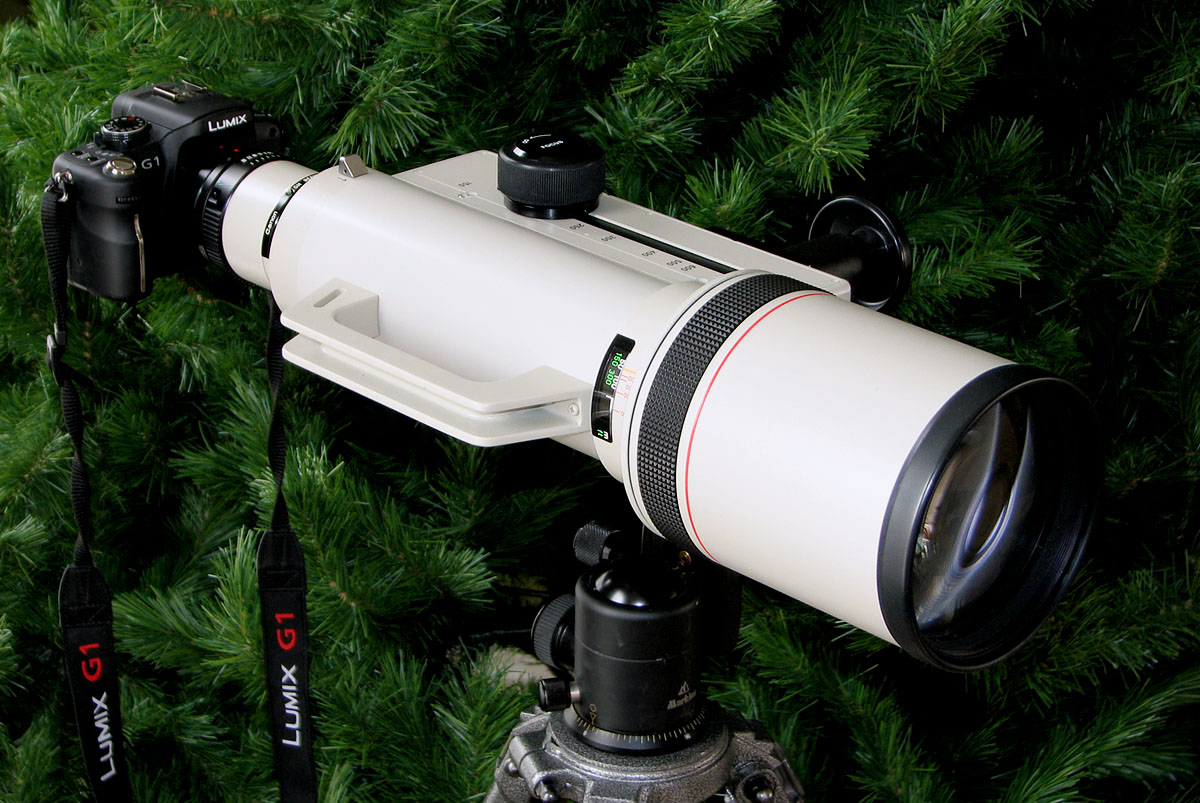 Sadly as you can see, I don't actually use it with film bodies anymore. But still, it's a heck of a birding/wildlife outfit.
You must log in or register to reply here.
Share:
Reddit Pinterest Tumblr WhatsApp Email Share Link
Top Bottom