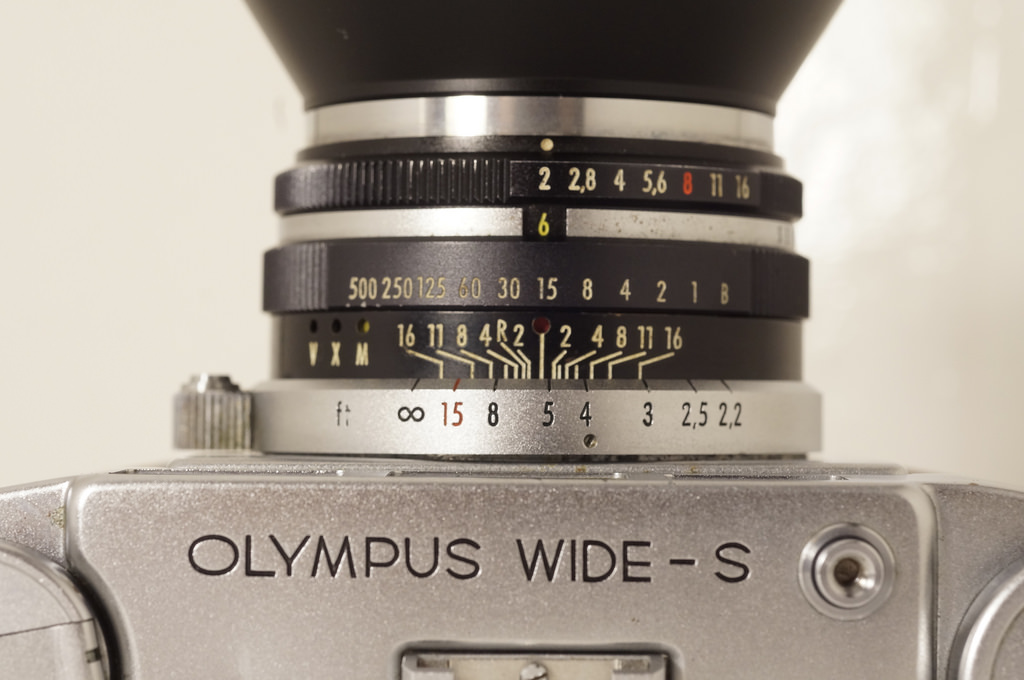 I've had a few rare items in my time.
Such as a komura super wide 47mm. I think there must have only been 100-200 of those made.
I think currently my Olympus Wide-S with 35mm f2 is the rarest I own. They only come up a few times a year. I'm not sure how many were made. I estimate less than 10000 but I'm not sure how less.

I find it interesting that really rare items don't necessarily fetch high prices. Maybe if there aren't many around, not many people talk about them.
Last edited: Dec 22, 2016
Galadur.com From darkness, comes the light.

I got a Robot long roll magazine turned into a clock in the Robot workshop.

Camera? Prolly my fully-functional Kodak 3A that dates to late 1909.
Don't mind me. I'm just out wandering somewhere between Zone II and Zone VII.
OP
OP

AgX said:
I got a Robot long roll magazine turned into a clock in the Robot workshop.
Click to expand...

Awesome! Got a pic?
Galadur.com From darkness, comes the light.

Probably a
Voigtländer, Vitomatic III CS
cliveheritagetilley.co.uk​
The contemplation of things as they are, without error or confusion, without substitution or imposture, is in itself a nobler thing than a whole harvest of invention

Leica M1 and summicron 50mm type 3. Not rare, but all other items that I have are even more common.
-Darko

each of my homemade cameras is unique!
Ipernity

Noct-Nikkor -- no idea how many made but seems at least uncommon. Cosina Voigtlander 58mm f/1.4 lens made for the Bessaflex TM (M42) -- 800 made. Tokyo Kogaku 50mm LTM lens, which one doesn't see frequently. Rollei 35S Silver Anniversary with engraved laurels -- I had two, but left one in the glove compartment of a rent-a-car over 30 years ago, and yes, the memory still hurts.

Define 'Rare', please
I no longer buy expired film. I've come to realize I can make bad pictures without it.

Based on that definition, 'rare' and 'scarce' need not be related.
I believe my iPhone qualifies under #4 & #5
I no longer buy expired film. I've come to realize I can make bad pictures without it.

For me the question is why it is the least produced to be collectable. I rather prefer the stuff that was successful, as in being mass produced.
(Such stand benefits my budget too...)

I think my 4x10 Photonbox pinhole camera is fairly rare.

Rare? I do not think so.
Small production? Not widely accepted? Maybe
Hard to find, especially in working condition? Possibly

I have a Wetzlar,infra 35mm. Mostly bakelight, shoots square negatives. Has Punktar lens. Almost nothing about it on google. J.

Just kidding. For cameras, probably my Minox III (the IIIs is more common). For lenses, I have a 40/2.8 Kilfitt Makro-Kilar in M42 mount that'll let you get close enough to photograph an electron at 1:1.

I think I have a few rare 16mm and 8mm ciné cameras. Photos later.
"Great photography is about the visual effect upon the viewer, not sharpness." - Stephen Gandy, Cameraquest

I had maybe 6 different copies of a Leica Summicron 50/2 the last 6 years (yes +/- a Summy each year). Promised to myself to keep only the better one: I found it entirely by chance - immaculate, perfect as coming from the factory. And then, I have acquired more 2 50mm's lenses: Zeiss Contax c/y 50/1.4 and a (Voigtlander) Rollei Planar 50/1.8. Then, I thought: Why 5 50mm lenses? ( I had also a Tak and a Oly 1.4). So, I made the mistake to put at the local big bay the pristine Summi for sale for nearby USD 1k, just for joking. Sold it in 2 days (that's my fault, the pics of the lens were terrific).

And now I miss this "mint as it came from the angel's hand" summi 50/2.
I regret, I spent the money god only knows with what, and I dream every other week with this lens that I can't afford or even have the time to search for, so perfect one it was.

Don't tell me, I know I'm stupid. But you know what?
Sooner or later I'll do the same or worst!

Sirius Glass said:
Rare? I do not think so.
Small production? Not widely accepted? Maybe
Hard to find, especially in working condition? Possibly

Oh, go ahead, shoot me down.

I thought for sure I had a rare camera, but the fact that I own one means it's probably not rare at all. Now the photonbox has got me interested in 4x10 and in researching real 4x10 cameras it seems like the Alt View WA 410 might be pretty rare.

Rarities? I have one uncommon, possibly rare, camera:

45/9 Carl Zeiss Jena Goerz Dagor. In a barrel with a six-bladed diaphragm. Tiny lens, not catalogued. Arne Croell tells me that according to Thiele mine is one of a batch of 25 lenses made in 1937 to a design dated April 9, 1934. Thiele lists one other 45/9 CZJ Goerz Dagor made in 1930 to a design whose date is unknown. Covers 2x3.

For the leicanuts among us, I have a few cameras made by Graflex Inc. and predecessors that are probably rarer, in the sense that fewer were made annually, than contemporary Leicas. My 2x3 Graflex RB Ser. B., is one of 9.460 made between 1923 and 1948. Sorting out Graflex press cameras by type is hard because starting late in 1949 Graflex lumped Crown and Speed Graphics in their serial number lists. My two 2x3 Pacemaker Crown Graphics and one 2x3 Pacemaker Speed Graphic are three of around 36,000 made between 1947 and 1955. Certainly more Crowns than Speeds. My little Century Graphic is one of around 35,000 made between 1949 and sometime in the late 1960s.

Um, Sparky, #3A Folding Pocket Kodaks are abundant even now. Go look on eBay. Even Specials, with the expensive ones with various versions of f/6.3 6.75"-or-so Tessars.

Rarest thing I have is some rolls of Ektar 25 in my freezer. Everything else I own is pretty standard mass produced.

My rarest lens would be the first series Symmar that dates to the first or second year of Schneider's existence (1914 or 1915). There is no information other than it appearing in the production lists prior to the Dagor type Symmars arriving at the start of twenties. By extrapolation, maybe one of 20 in its size, maybe one of a couple of hundred all up. Never seen any other Schneider lens from this era. Honourable mention to the Pentax 6x7 1000/8 Reflex Takumar of which I have seen at least one other example on eBay.

I have one first run Pentax 6x7 body that is completely unmodified, with no mirror reset button and crown style 10/21 switch. Every other one I have seen has at least had the 10/21 switch changed and most have the mirror reset button added as well. Thats from the first thousand or so of around 220,000 6x7/67s that followed. Back in 35mm and I have a Robot Royal 24 with bulk film backs and the Pentax MF half-frame medical camera.
You must log in or register to reply here.
Share:
Reddit Pinterest Tumblr WhatsApp Email Share Link
Top Bottom