Tim
What was the shutter speed and was the camera on a tripod ?

I've gotten "those" very kinds of UFO's in the picture due the cable release accidentally dangling in front.

I try to avoid having the sky in my images...it's filled with UFOs. Even with very long exposures, you can see them in the sky on the 8x10 negatives, holding completely still in the far distance. Their star-drives must suck light because they show up as small clear spots on my negatives.
"Landscapes exist in the material world yet soar in the realms of the spirit..." Tsung Ping, 5th Century China

Well, just for fun, and to save a little money today, I'm going completely counterintuitively to my ordinary habits, and just a put a role of journalistic Triassic-X in my Nikon for an afternoon stroll. No need to worry about UFO's, buzzards, or even blimps in the sky. The dang grain itself is so big that you wouldn't even notice those kinds of things! Sometimes it's interesting to put a conspicuously 35mm-shot 8x10 enlargement in the same portfolio as actual 8X10 contact prints. I've done that with grainy Delta 3200 enlargements too. The seeming contradiction, adjacent to each other, actually brings out the best in both styles. Conventional rules only exist for sake of the opportunity to be broken, at least if it's done thougthfully.

@DREW WILEY You've piqued my interest with your tale. I could only come up with this so far, seen from below it would definitely look like very oversized engines, but I don't think it matches the rest of your description. 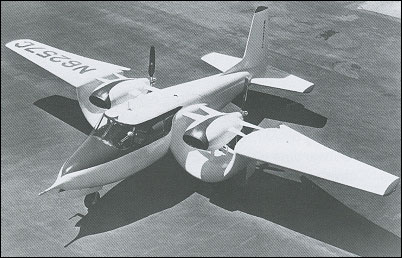 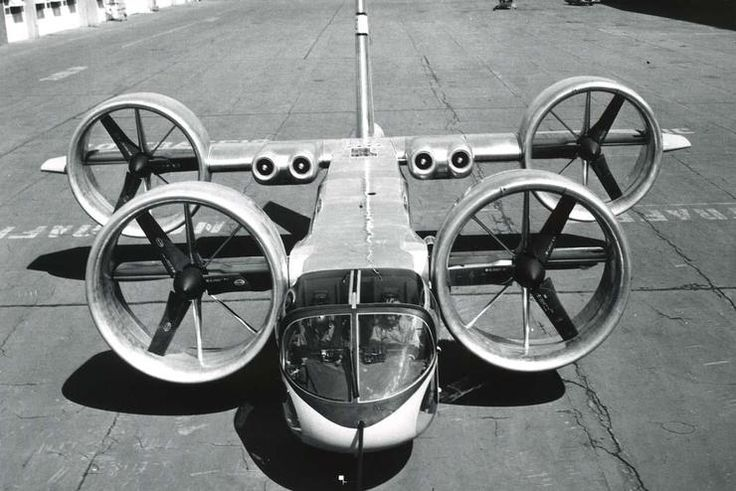 Strangest thing I've seen in a while was a Starlink satellite launch. I was in a state of wonderment until I grabbed my phone and fired up the internet. Mystery ruined in about 90 seconds.
OP
OP

I similar smudge showed up in the first frame of the next roll. That eliminates any possibility of a development issue as I mixed a brand new batch of chemicals. I'm convinced these are flies (the place was filled with flies), motion blurred at 1/125s. The chances of seven consecutive frames all having a fly buzzing by in that 1/125 of a second seem astronomical. I should have bought a lottery ticket.
Tim Huggins

DREW WILEY said:
I saw a real UFO quite close and in detail. Had just lifted my head out from under my 8X10 darkcloth, and happened to look up, and there it was right overhead - huge and completely silent. Big bulbous nose like a Star Trek Klingon warship, stubby wings and biggest engines I've ever seen. Fortunately, my nephew was along and got a 35mm snapshot of it. I thought to myself, There goes a billion dollars worth of carbon fiber; and the huge size of the four engines was probably due to them being specially sound muffled, with no vapor trail either. Probably a one-of-a-kind test bomber from the classified base in the desert below, and prior to when they finally settled on the B1 as their production stealth. We were at 11,000 feet at the time, in an area where such tests were known to occur. Could clearly make out the USN logo on it, so Navy funded, not Airforce, which isn't surprising either. There was a special Naval "weather observatory" near the 14,000 summit about ten miles away, linked to a huge field of radar discs way down below, allegedly capable of tracking even stealth craft. Unforgettable.
Click to expand...

Did u include the 35mm pic to this post? I dont see anything.

MGT - Interesting, but either of those little planes probably would have fit inside just one of the engines of what I saw. Sorry, Huss, but that 35mm shot went to a high security classified safe inaccessible to the public, even me.

DREW WILEY said:
MGT - Interesting, but either of those little planes probably would have fit inside just one of the engines of what I saw. Sorry, Huss, but that 35mm shot went to a high security classified safe inaccessible to the public, even me.
Click to expand...

Well, that fits with a lot of UFO reports -- "I saw X but I can't show you the pictures."

Yes, there was a lot of bizarre stuff tested over the Nevada desert. Yes, much of it never went anywhere, so the visuals are not known to the public (even forty or fifty years later). The only reason we know about, for instance, Have Blue is that it evolved into the F-117 that was outed to the world during the Canal Zone operations. There were probably a dozen other projects with the same goal around that time that just vanished because they never went beyond a single prototype. A "single prototype" may well be what you saw, though your description doesn't fit well with "stealth" aircraft (there were a lot of other things tested out there, too).
Photography has always fascinated me -- as a child, simply for the magic of capturing an image onto glossy paper with a little box, but as an adult because of the unique juxtaposition of science and art -- the physics of optics, the mechanics of the camera, the chemistry of film and developer, alongside the art in seeing, composing, exposing, processing and printing.

Tested CA deserts and neighboring mountains, Donald; probable partial mfg in Nevada. Just like the movie, Right Stuff. That's where the test pilots were. Chuck Yeager was frequently encountered in the Kern River high country above fly-fishing, though I never personally stumbled onto him. His bitter rival Col. Comstock retired on the hill just above my little spread. And a former patient of my wife who was a test pilot there just rented a private plane to fly a few hours to celebrate his 96th birthday. He was also part of the Mercury and Apollo programs; and chats with him have been interesting. But, yeah, all kinds of experiments were apparently going on, and no telling what kind of one-offs are stashed away in hangers out there, or at least their crash pieces.

My description of the thing I saw stealth makes perfect sense. It was obviously engineered to be remarkably silent, and obviously a bomber. And it unquestionably looked like uber-expensive carbon fiber construction. How fast could it actually fly and maneuver, or pass the radar test???? Well, evidently not well enough to go into production.

I see UFOs in the night sky all the time. Sometimes they land in my back yard and I go out and talk to the aliens. Most of them seem like pretty nice guys, and boy do they have some stories to tell. Usually after the aliens leave a couple of guys come around and flash this pen thing to erase my memory. The joke is on them. The aliens gave me special glasses so flashing the pen thing doesn't work. That why I remember everything.

faberryman said:
The aliens gave me special glasses so flashing the pen thing doesn't work. That why I remember everything.
Click to expand... 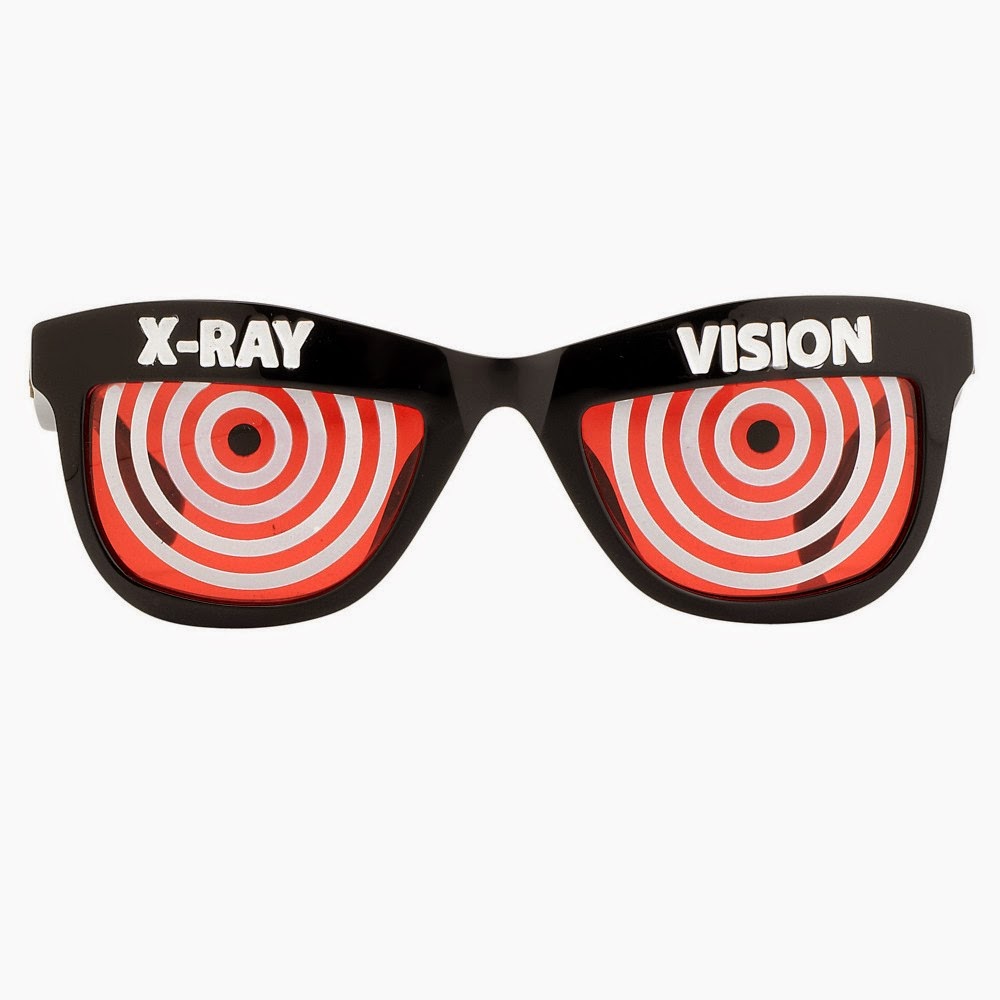 Status: Finally figured it out…

Lay off the gummies, bro. If they have the technology for interstellar travel they probably don't use film.

No, those are x-ray glasses. You use to be able to buy those out of the back of comic books and at magic shops. The glasses I am talking about are special glasses the aliens give you so you will be able to remember them. Totally different.

takilmaboxer said:
Lay off the gummies, bro. If they have the technology for interstellar travel they probably don't use film.
Click to expand...

Who said anything about the aliens using film?

jtk said:
Not in front of lens, between lens and film.

I remember "Project Blue Book"....as a pre-teen I went to a flying saucer-oriented convention that centered on it. Got a great hat there, can't find it.... apparently aliens abduct hats.
Click to expand...

That hat wasn't, by any chance, a tin foil hat was it?

Why wouldn't aliens use film? Maybe they want to be cool, and not just advanced.

Yup, they might use their faster-than-light quantum entanglement radios to send home a shot of the from Monument Valley...with a TLR around their necks!

Does any of these comments have anything to do with Monument Valley? Really?

I want to believe. Time to binge on the X Files again.

ColdEye said:
I want to believe. Time to binge on the X Files again.
Click to expand...

When you do, you will get the chance to see how the light often appears around here.
Mostly it was shot in our area.
Matt

Sirius Glass said:
Does any of these comments have anything to do with Monument Valley? Really?
Click to expand...

No, the OP mentioned UFOs, so the comments are fair game.

Who really knows what's inside those monuments in Monument Valley anyway?

Drew, that's a wonderful narration no matter the reality factor. I hope you'll put that stuff together in a book/whatever with your ruminations and images.

Out here we're still dealing with UFO landing sites and vast forgotten Maya-like civilizations underground founded by them. The business where I worked was built upon what was officially zoned by the City of Berkeley as an Underground Sanctuary. And even a tiny hole in the concrete or pavement couldn't be drilled without a special permit, or risking a riot. There were a number of Coastal Miwok shellmounds there before those were all leveled for fertilizer back in the 19th C. But a small contingent of the 150 or so usual locals were fanatical at city hall zoning meetings about the stunning import of what was allegedly down below. Eventually, as sea level rise started kicking in, the city sewers were backing up near the shoreline, so they were forced to do archaeological assessment drilling cores. A bunch of 19th C dock plank fragments and rusty nails etc came up. We already knew docks had formerly been there. So they authorized a partial excavation, but didn't realize the extent of what they would soon find. One of our big flatbed lumber delivery trucks almost fell into the widening hole. And sorry, no buried UFO's and lost Mayan ruins - just a network of abandoned huge diameter 19th C brick-lined sewerage tunnels the City had completely forgotten the existence of. But the true believers remained convinced aliens had made those too. Didn't matter. New modern sewer ducts went in anyway, despite the feelings of aliens and their admirers.
You must log in or register to reply here.
Share:
Reddit Pinterest Tumblr WhatsApp Email Share Link
Top Bottom