A
New Trixs on the block

It is very rare to find a Leica from 1927 that is in good working order and affordable -- they were still mostly a gleam in Oscar's eye at that point -- but the Ansco Memo was already out there looking for a market for 35mm film.

I recently acquired on in a trade, avery nice example of this small but very sturdy camera- - it's got a very hefty feel, very compact. Odd to hold and shoot, but it's an early effort. Leica hadn't shown the world was a 35mm film should look like yet, so Ansco had to guess. This image is from the owner's manual. Except for a guard by the shutter trigger -- a good addition -- this is what it looks like. Covered in fine leather! 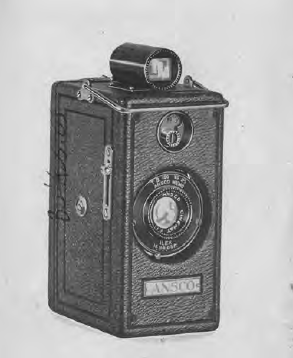 This particular model has f 6.3 Cinemat lens -- this is movie film they're using -- in an Ilex shutter which, in this example, is working nicely. It uses Ansco-specific cartridges that look like little boxes with metal press-on ends, but later Ansco Memo cartridges that have one flat side and a rounded back also fit nicely and should work.

It is well made. I note that inside there are baffles between the lens and film plane -- that's good optical care. Even these 90 years later, the camera does not leak light even with high speed film. 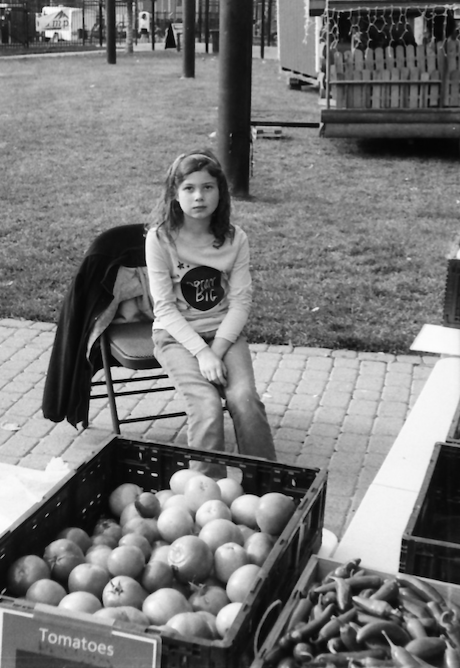 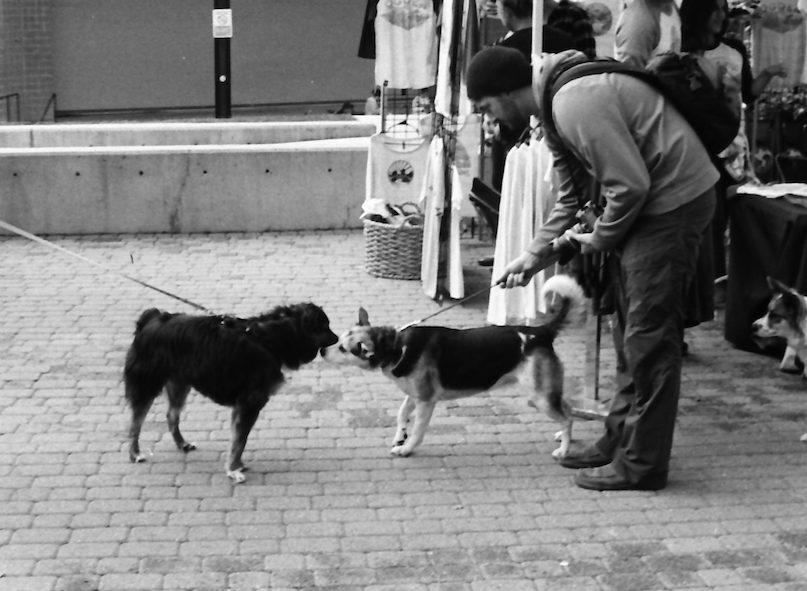 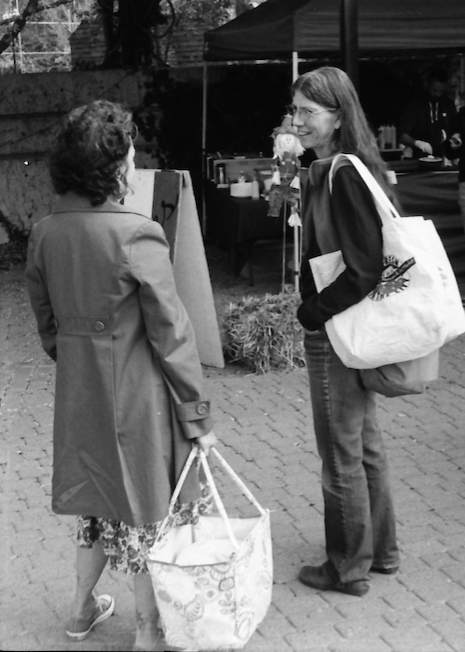 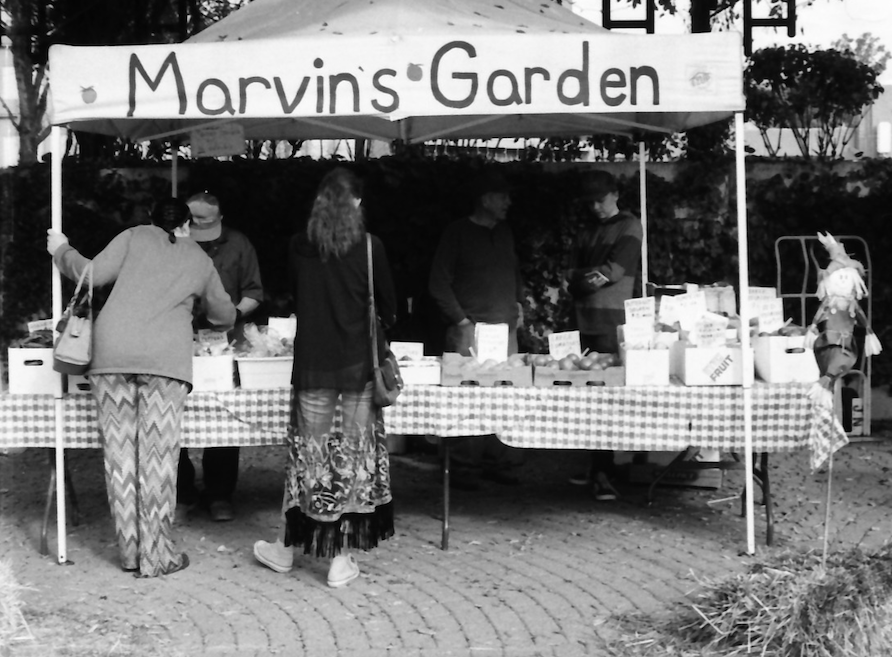 Because the camera used movie film, the designers kept the 18 by 24mm format of movie cameras -- so this is pretty much a still movie camera. Oscar doubled the size for better image quality, but the sales pitch for this in the manual is "50 shots for a 50 cent roll of film," a penny even then sounding pretty cheap.

So how'd it do? I jammed enough Ilford HP5-plus into one cart to allow me to take 24 pictures and fired away.

I was actually impressed. The images seem sharp -- my scanner is a flatbed Canoscan 9000 which really isn't meant for anything smaller than standard 35mm, and even that is not high quality. I tried doing a panorama, shooting successive shots holding the camera sideways and moving it to the right, and I tried to avoid as much overlap in the frames. The result makes me think the viewfinder is a bit conservative.

Which make sense. The camera was designed to allow someone to shoot a lot off cheap pictures, a "memo" of a trip, say, or whatever.

Other shots came out fine -- exposure was OK, the camera is so odd that folks either ignored it or, in one case, said it was a cool camera. It's small and inconspicuous.

Fun camera to shoot, and very economical, you must admit.

Thanks for the write-up and for sharing the images. I loaded some film in mine well over a year ago and have yet to finish the roll. Hopefully I have wrote down what film is in it

My Dad had a "Agfa Memo" I think it was a pre-war model. He took amazing Kodachrome slides that I still marvel at. I use a Nikon Coolscan V (US nomenclature) I have made big inkjet prints sharp as a tack. The old ASA10 Kodachrome and that camera made the absolute best slides I have ever seen. I don't know what happened to the camera. But I found an old Yellow filter in a little tin box marked "Agfa Memo" in my Dad's desk. One of my best keepsakes along with the slides!
Best Regards, Mike

Here's a shot from 1949 with my Dad's Agfa Memo. That's my uncle driving the tractor he's 19 in the picture 87 Now. First year they didn't pick it by hand. My Grandad and Tippy the Dog are just sitting back watching the new fangled machine. 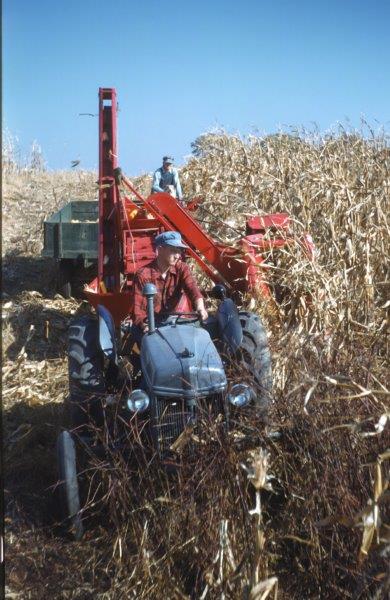 The lens has good contrast and nice color.

I also like the tractor photo. Kodachrome?
"Great photography is about the visual effect upon the viewer, not sharpness." - Stephen Gandy, Cameraquest

That Tractor was my Uncle's, brand new one row corn picker, Kodachrome ASA10. That is pretty much a straight scan with my Coolscan V. The slides are nearly 70 years old and look like this. I've got Cibachromes I made about 15 years back they look great too. I remember the weird Agfa cartridges, Kodak must have sold Kodachrome that way or my Dad transferred it into the Memo cartridges.
Mike 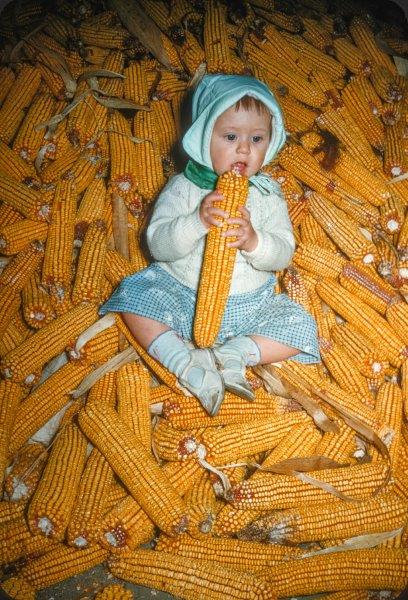 those are amazing farming pics -- you should see if the local historical society or college special collections library is interested. Amazing documents of history. 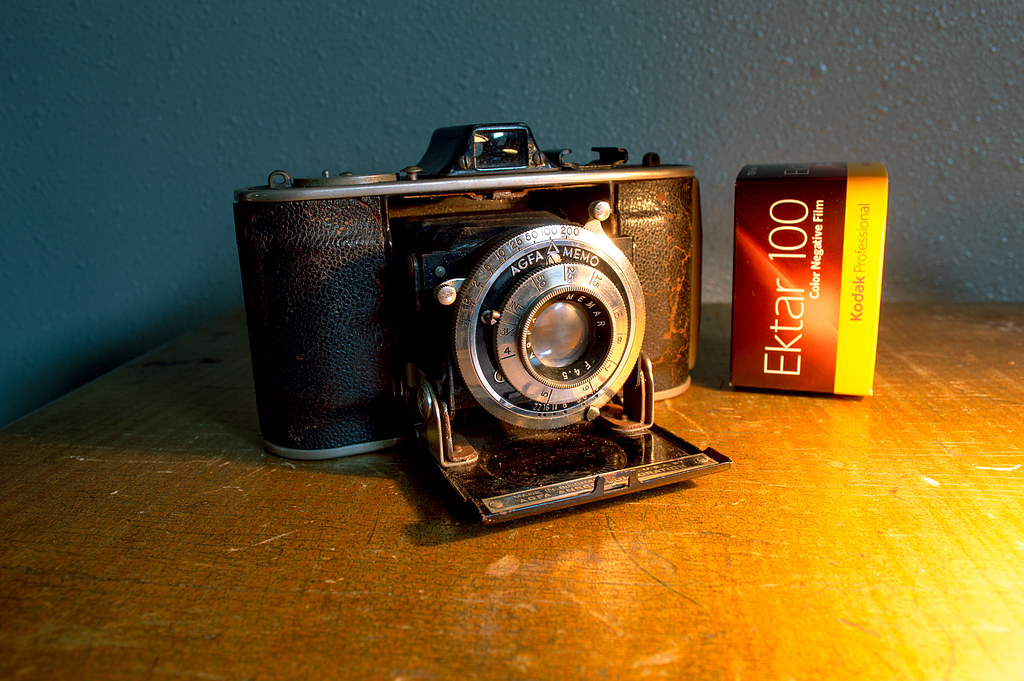 The Ansco Memo and the Agfa Memo are two very different cameras. While both use reloadable cartridges (the Agfa can use either the Ansco Memo or the Agfa Karat cartridges), the Agfa is a very handsome full-frame strut folder, dressed in Moroccan leather with nickel-plated and black lacquered metal parts.

Watch out! You may find the 18X24mm frame addicting. In 1971 I bought a used Olympus Pen VF type camera. Since then I've never been without a working half frame camera. Still have a Pen F and modest selection of Zuiko Pen lenses and a couple of viewfinder Pen's.
You must log in or register to reply here.
Share:
Reddit Pinterest Tumblr WhatsApp Email Share Link
Top Bottom