I have been fascinated by Plaubel Makina 67 and W67 for a while. What kept me from buying one was my past experience with Fuji GF670. It was uncomfortable to hand hold, required painful RF re-calibration every few months, lacked focusing precision, and had the overall feel of a fragile snowflake.

Is anyone here using the Makina as a primary / daily camera? How solid is it when extending/collapsing the bellows? How's RF accuracy and robustness? Does it drift out of alignment? I am aware of setting the lens to infinity before collapsing, my GF670 was the same.

The contradiction is that I have a huge soft spot for folders, yet I do not like using fragile equipment.

Some feel the Makinas aren't actually folders because of their construction, which tends to keep the lens in alignment better than traditional folders as the lens board is supported on the top and bottom. This is the first I've heard of the GF670 calibration issue, which is too bad. I've wanted to try one since they came out.

I can't help answer your questions, but can echo your desire for a Makina 67. I've wanted one for a long time, but the prices - and the fact that I don't 'need' another camera (ha!) - have kept me on the sidelines. Curious to hear what others have to say, though.
Last edited: Nov 12, 2022

Suggest a Mamiya 7II as a better alternative. Similar to the Makina but more lens choices.

There are no lens choices for the Makina. Only camera choices--normal and wide. The Makinas are built like a tank, the weak point is the wiring for the built-in meter. It doesn't do well with all the bending from collapsing the lens. I find changing the spools for loading not as convenient as I would like, takes some fiddling on my part, but that could just be me. Also, it is a heavy camera and I think the accessory grip, although expensive. is a nice addition.

I can be perfectly happy with just the 55mm lens. Slightly less so with the 80mm. I rarely change lenses on the go, so the fixed-lens design is not a limitation. @Arthurwg the 7 is not a better alternative for me, I have extremely strong negative feelings towards that camera.

I have the 80 and the rangefinder seems to be spot-on. I don't shoot wide-open much although that is one of the 80's strong points--it is very sharp at the maximum 2.8 aperture, where the rangefinder accuracy will definitely be a major factor. Here's a sample, cropped square (because I am partial to square and my other MF cameras shoot square). 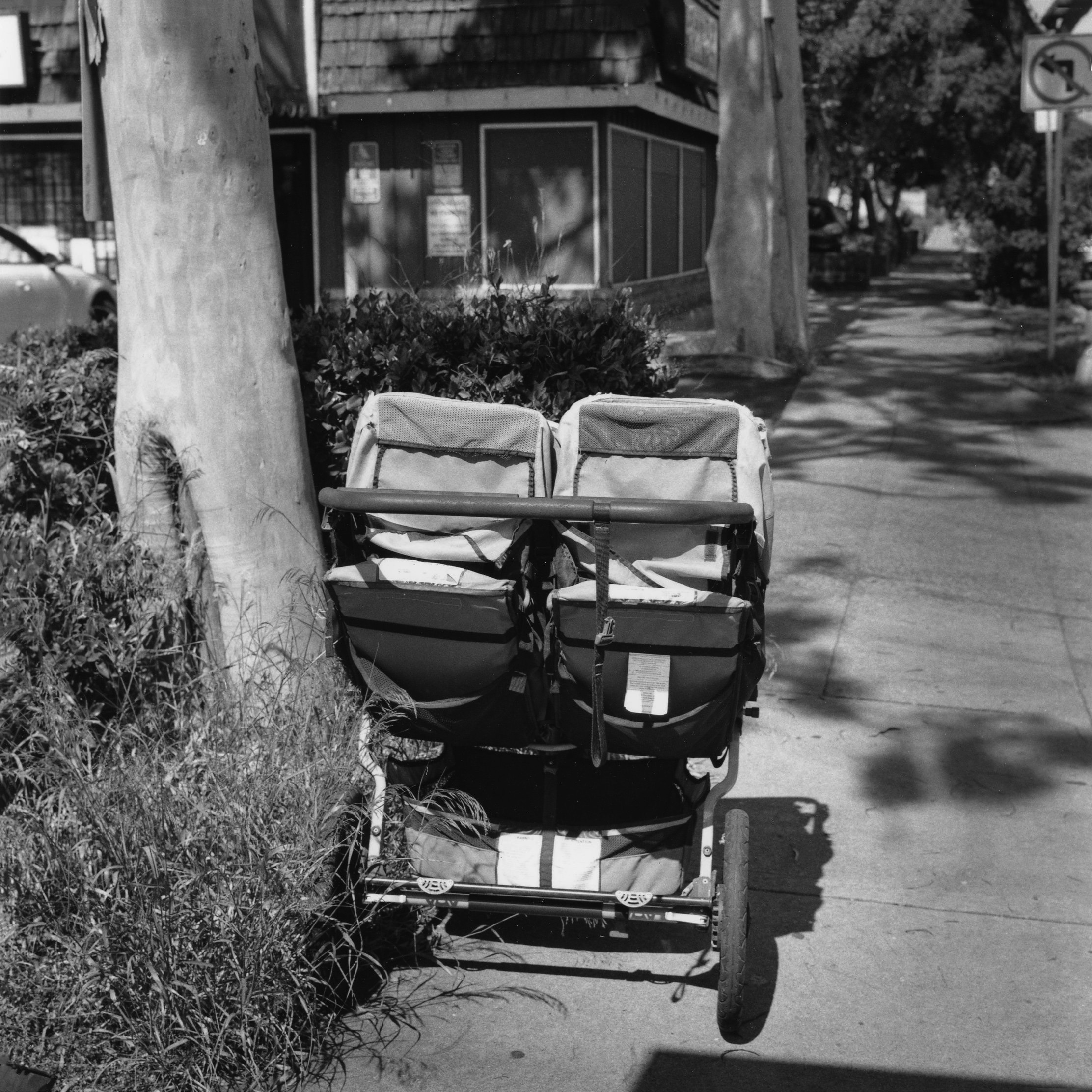 Are the cameras still serviceable? I believe there is someone who advertises on eBay who services the cameras, but don't know much about him. I don't think that there is an official service center that will service these any longer.
OP
OP

Frank Marshman services them, he also worked on my GF670.

logan2z said:
Are the cameras still serviceable? I believe there is someone who advertises on eBay who services the cameras, but don't know much about him. I don't think that there is an official service center that will service these any longer.
Click to expand...

They're analog cameras, and so any number of technicians capable of servicing them. Like many cameras that ceased production in 1987 replacement parts may or may not be available.

Steven Lee said:
Frank Marshman services them, he also worked on my GF670.
Click to expand...

Is this him?
OP
OP

@logan2z I am not sure. I only worked with him via email, and he calls his small business "CAMERA WIZ" but the shipping address is in VA, not NY.
Last edited: Nov 12, 2022

I use a Makina 67 as a backpacking camera because of its ability to compactly fold. I use it in the snow, light rain, and it obviously get knocked around quite a bit because I'm climbing with it. I have no issues shooting wide-open (and the f/2.8 lens is perfect for it). I had it serviced at Ks Camera in Osaka, Japan (http://ks-camera.jp/top.html), who are specialists in the camera, so I've been using it in great shape lately.

It is by no means the most durable camera in the world - the weak points include (obviously) the bellows, the aforementioned light meter, and also the film advance which needs to be done with a little bit of care, but I have no hesitation bringing it to extreme conditions.

I have and use both cameras. My other MF folder is a Super Ikonta B. The Fuji definitely needs steady hands, but I have no problems with it. As for the Makina, I feel that it is a bit nose heavy, rather than feeling balanced, but I like the camera as a whole. The lens is what makes this camera.
I had a nice conversation with Frank about a screw which held the tripod socket that came loose and lost. Frank did not have a replacement. I tried several fastener companies, but the screw was apparently designed or made exclusively by Makina. One of the largest companies found a suitable approximation in one of their branch offices. I bought their entire stock...4 screws. Therefore, I would handle the camera with care. The weak spot is said to be the wire connecting the lens to meter. Since wire is easily visible and accessible I don’t see this as a difficult repair if ever needed.
Of the above mentioned cameras, I would rate the Ikonta the easiest to hold, and could possibly outlast the others.