A
GGB from Battery Godfrey 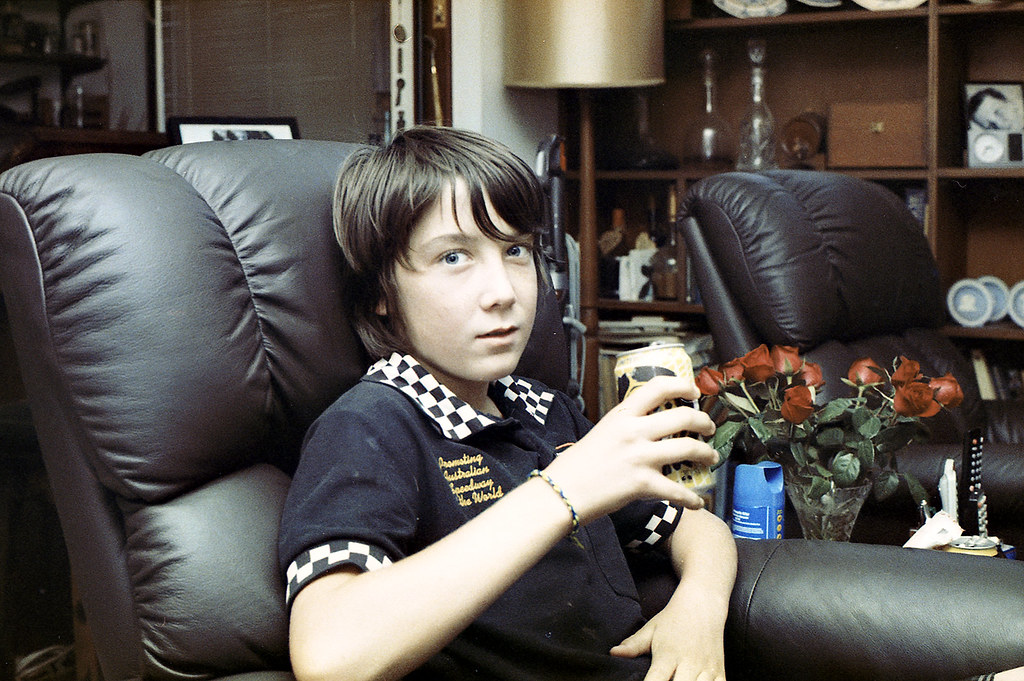 Developed in Rodinal 1+25 with 1 level teaspoon of table salt (saxa brand, non-iodised) at 24c (I think, therm is broken, but at this temp outside, its normally ~24c) for 10 minutes.

Then fixed, then bleached with a colour bleach.

Exposed to sunlight, and developed in Kodak E6 Colour Developer, then bleached and fixed

(wth the obvious wash steps in between

The raw scan with no adjustments uses about half the histogram space on the scanner, so fairly decent.

I shot the simple test chart I have from 100-3200, 100 was a bit dense, with a thin density range (didnt use much of the scanner's histogram), 400, 800 and 1600 all looked healthy in that department and actually look pretty good visually too.

3200 isnt actually thin, its in a good spot (according to the histogram) with a reasonable range even, magenta looks less like magenta and more like red though (rodinal already forms some of the colour dye - though more on the slower speeds than higher speeds...)

That's film acceleration. I intend to try it soon with some E-4 film I have, getting the correct silver densities by developing in Rodinal for an hour 1:100, then bleaching and developing to completion in C41 dev at room temp (avoiding the need for a formalin hardener).

Correct development of box speed for C41 in 1+50, was 40c, 2 hours and 20 minutes - I shit you not - With agitation - without agitation, you get edge adjacency affects, and on 35mm stripes across between the sprocket holes.

But you can use 1+50 for reversal, 1+25 you can not as it forms dye and thus you will get dark/black slides, I've used 1+25 and processed it as a colour negative by colour developing through the silver negative mask instead of the positive.

Just remember that C-41 relies on DIR and DIAR release to adjust color reproduction, grain and sharpness. This method bypasses all of that.

I do get a bit of a colour cast using the default profile to scan colour negs to remove the orange mask, but these come out with more of a grey/light green mask than an orange mask after developing, the auto-levels in the scanner software does all the hard work and only needs tweaking slightly, so it seems pretty reasonable

Grain isn't too objectionable though kind of prominent, though this is expired foreign supermarket film.


Once I get an enlarger set up, I plan on using dimmable RGB leds for a backlight