I am thinking about buying 20 rolls of kodak ektar 100. What do all of you guys think of the film? Is it worth it?

Perhaps you could provide some idea on a) the research you've already done and b) how/why you came to the conclusion that you are "...thinking about buying 20 rolls of kodak ektar 100"?

Without knowing what you're after in a film, and for what use(s), these is a pretty vacuous questions.

I think you are talking about 35mm if you want 20 rolls, for me, the best color negative i've used so far is Reala 100 on 120 only and then followed by Ektar 100, also new Kodak Portra films [160/400/800] are decent too, so i can confirm that Ektar 100 is a nice color neg to use, doesn't matter what you want to use it for, just know how to meter the exposure and use good lab to process it if you will not do it yourself and you are good to go.

I suggest you buy ONE and try it for yourself.

The color is very saturated. I found it to be not to my liking. You may have different opinions.
Develop, stop, fix.... wait.... where's my film?
OP
OP

I am looking for bright, saturated colours. Something similar to a reversal film. I have been told however, the colours can be nasty. I would just like to know what your experiences with this film have been like.

Well.... your question really is not answerable. The color IS bright and saturated. It's high contrast. But "nasty" is not something you can define. I would not use this film for subjects where skin tones are important. But, for landscapes, it could be nice. Then again, there is a member here who likes this film for portraits. It's all subjective. Really... try one and you'll see it right away. It's a unique film.
Develop, stop, fix.... wait.... where's my film?

I just exposed a roll for the first time. I hate oversaturated colors so I have no idea why I bought that film in the first place. About half of what I shot was portraits so I think I'll be disappointed, but I can't wait to have it processed in case I am wrong.
Status: on hiatus.

Quality-wise, Ektar is absolutely superb. But being higher-saturation, higher-contrast compared to most color neg films, it isn't going to forgive exposure errors; and it won't soften a bad complexion, if you are thinking about portraiture. Know how to use a light meter. If you can routinely expose slide films correctly, it's a piece of cake. Otherwise, pick an amateur film instead. But how are you going to look at the actual shots afterwards??? It won't forgive sloppy scanning or printing as easily either.

%90 of Ektar prints I have ever seen were terrible. Especially the homogene grey cyan sky colors, the foliage colors and the sea. Skin colors were like plastic. I always asked myself how Kodak manage to produce that awful film ?
一向寒山坐
淹留三十年
做来访亲友
太半入黄泉
渐减如残烛
长流似逝川
今朝对孤影
不觉泪双悬
I travelled to Cold Mountain:Stayed here for thirty years.Yesterday looked for family and friends.More than half had gone to Yellow Springs.Slow-burning, life dies like a flame,Never resting, passes like a river.Today I face my lone shadow.Suddenly, the tears flow down.

LJH said:
Perhaps you could provide some idea on a) the research you've already done and b) how/why you came to the conclusion that you are "...thinking about buying 20 rolls of kodak ektar 100"?

Without knowing what you're after in a film, and for what use(s), these is a pretty vacuous questions.
Click to expand...

Research? Conclusions? Why does every decision in life of late have to come with a scientific paper!?

OP, this guy would obviously prefer that you got the densitometer out and spent your photographic life indoors. I'm sure most others here, who actually enjoy making pictures, would suggest that you shoot some and come to a 'conclusion' with your eyes... and more to the point - do it while the film is still available. I've got a funny feeling Ektar is slowly slipping by the wayside.
'Cows are very fond of being photographed, and, unlike architecture, don't move.' - Oscar Wilde​

The colors are really quite accurate. I've done many objective tests, and in general, they're more accurate than any other color neg film I've
ever tested. But the look is more like a chrome. I've posted many times elsewhere on how to get the most out of this film. If you want more of a traditional lower-contrast Kodak color neg film, however, look at the Portra choices instead of Ektar. And frankly, 99% of the complaints I've
encountered about this film on web posting have nothing to do with the film itself, and most of the time, simply with incompetent scanning.
I personally print it myself in the darkroom, in every format from 35mm to 8x10 film, so don't have to worry about the scanning issues at all.

Here are 2 shots[or frames] from a roll of Ektar 100, both have same exposure and setting, i scanned both in different way to show how you can have 1 film in different post processing.

Ignore that color cast, it is either from CPL filter or something else

... One more postcript. Maybe Mustafa has issues with this film, but I personally regard it as one of the finest products Kodak has ever made.
And the printing quality is wonderful. But like anything else, there is a learning curve to doing it well.

Here's an example taken with Ektar 100:

I think it offers very clean, saturated but not Velvia-psychedelic-grade color. I've been very happy with it and would not hesitate to recommend it to anyone.
My Facebook page
My Photography Blog - DCPhotoArtist
OP
OP

Thanks for the replys. I will buy a roll for testing. I don't want anyone to get the densitometer out, or spend my photographic life indoors. In fact, i cant imagine anthing worse. I was just asking for a few personal experiences with the film before spending any money.

P.s. i have no idea how to read or use a desitometer graph.

batwister said:
Research? Conclusions? Why does every decision in life of late have to come with a scientific paper!?

OP, this guy would obviously prefer that you got the densitometer out and spent your photographic life indoors. I'm sure most others here, who actually enjoy making pictures, would suggest that you shoot some and come to a 'conclusion' with your eyes... and more to the point - do it while the film is still available. I've got a funny feeling Ektar is slowly slipping by the wayside.
Click to expand...

Scientific Paper because I asked for some background to the question? Obviously prefer Densitometers? Spend your life indoors?

Asking for background to a generic question is hardly any of the rubbish you have listed, so please keep your presumptuous and erroneous diatribe to yourself.
Last edited by a moderator: Nov 5, 2013
OP
OP

Sorry! I didn't mean to cause any upset.

alex millman said:
Sorry! I didn't mean to cause any upset.
Click to expand...

You certainly didn't; you just made it difficult to know what you wanted the film for, and what you expected from it.

alex millman said:
Sorry! I didn't mean to cause any upset.
Click to expand...

This is how grumpy old men create excitement in their lives. You've only been here for 5 postings. Stick around and you'll get used to it... or you might even start participating in it.

I love Ektar. However, machine prints often have a horrible cyan cast. If you are printing yourself, have a good print source, or plan to scan you will enjoy the film. Still, I would start with one brick instead of two.

Here are a few proof scans I made with my Minolda Dimage Scan Dual III with everything set to auto. (Let's see if I have figured out how to attach files.) 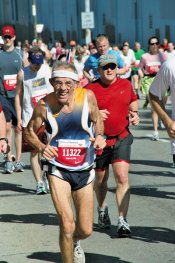 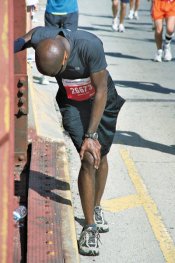 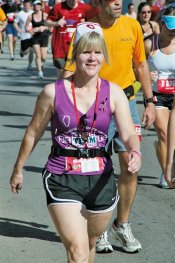 Thanks again for the replies. Its my first few days on the forum. Hopefully i'll get used to it soon

Based on the pictures that have been posted, this is the kind of negative film i am looking for. Can't wait to get my hands on a roll for testing!

The only reason i say that i will buy 20 rolls is because a friend is offering them to me for £45, and they're not even short dated.

alex millman said:
Thanks again for the replies. Its my first few days on the forum. Hopefully i'll get used to it soon

You well, just take your time here, read some posts or threads you more interest in, ask sometimes, we are friendly here, and arguments happens, this is the fun of discussion and debating, don't feel sorry because you look for help or answers and members are having different opinions or reach or experiments, not necessary one is correct, and at the end sometimes your own taste/preference is something no on can tell you about, its only you.

Neal's scans show exactly what I love about Ektar. The scans are fantastic. I've only printed it optically a couple times, and it's very saturated, but in scanning things seem to come out nicer. If I was printing Fall foliage I'd do it optically but for portraits, I'd scan and print digitally.
In life you only get one great dog, one great car, and one great woman. Pet the dog. Drive the car. Make love to the woman. Don't mix them up.

You can watch this link here as well, i like this link because it gives me people experiment almost over the world or in wide range, so i can have a good background about how the film will look like in most cases depending on my factors as well.