H
On a summer day.

A
The Kress Building

I want to see what is possible with this film. I shot a couple rolls like...15 years ago and liked what I got.

Yes, I know it is dicontinued. I bought the last 4 bulk rolls from B&H. Have about 4 more coming from another source.
"I'm the freak that shoots film. God bless the freaks!" ~ Mainecoonmaniac ~

There was an article in Photo Techniques last month.
Art is a step from what is obvious and well-known toward what is arcane and concealed.

Excellent film, in my opinion. Super sharp! Very contrasty, however when developed in Technidol developer. I would use 80% of the time recommended by Kodak and rate the film at EI = 32. 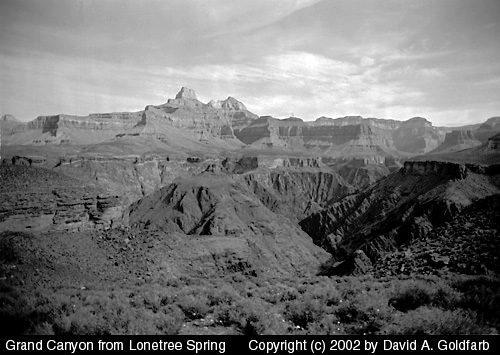 Here's one of mine, circa 1985. The scan isn't so great, but the detail in the print is pretty remarkable. As with K-25, I eventually gave it up when I learned it was easier to get just better results by using a bigger camera. Of course, if I were really obsessive, I could use Tech Pan in 4x5" or 8x10" (which is really expensive compared to other kinds of sheet film), but I don't really make huge enlargements, so I can select a film more on the basis of tonality than issues like grain or the resolution of the film.

I think I've got a three-pack of Technidol lying around somewhere that I don't need. PM me your mailing address, and I can send it to you.
flickr (really out of date)
Photography (even more out of date than flickr)
Stock photos on Alamy (which I should post more often)
Academic (Slavic and Comparative Literature)
Music (which I'm doing more than photography lately)

If you 'google' search the name Hugh Milsom, he is a photographer who uses Infra-red and Tech.Pan films.
Roy Groombridge.

I've seen the actual print and you can clearly read the small text off the charts.
Money is not the problem. The problem is, I don't have any.
You must log in or register to reply here.
Share:
Reddit Pinterest Tumblr WhatsApp Email Share Link
Top Bottom