Quality and accuracy of Chinese made axillary finders

Many sellers offer these plastic finders in both 28mm and 35mm. Anyone know how good they are?
OP
OP

Here is an example.

Well, apparently the lenses in these are often not polished worth a darn.

But since they are acrylic, the end user may be able to do so fairly easily.

As well as being cheap they also look cheap, so I'd say buyer beware. Not that cheaper is always worse, I have Voigtlander and Leica finders each of 21mm, 28mm, and 35mm and much prefer the brighter Voigtlander finders.
http://www.flickr.com/photos/steve_barnett/

I have one coming in the next couple of days. It's just a viewfinder from a 35mm disposable camera stuck in a little box, kinda hard to mess up. Between this thing and buying a disposable camera and 3d-printing the enclosure for the VF + delivery it's pretty much a wash.

Anyone actually used one? Looks like a really good idea to me

I know, the idea of a pink viewfinder turns my stomach also. I'm sure the lomo/hipster crowd just love the color selection.

$25 Vs $200-400 sounds like a good thing. Why a viewfinder costs more than a good lens is a mystery.
Darkroom Automation / Cleveland Engineering Design, LLC
f-STOP TIMERS & ENLARGING METERS: http://www.darkroomautomation.com/da-main.htm

henryvk said:
have one coming in the next couple of days. It's just a viewfinder from a 35mm disposable camera stuck in a little box,
Click to expand...

Have you received your finder yet? How does it work?

Kodachromeguy said:
Have you received your finder yet? How does it work?
Click to expand...

Guess I was a bit optimistic. The parcel has been stuck at "The shipment has been processed in the parcel center of origin" for more than a week now. I'll post about it here if it ever gets to me.

However, in the meantime I received a different viewfinder: the Yashice Tele-Wide finder with reflective framelines for 35-ish mm and it's... alright, I guess?

Would an old Speed Graphic viewfinder with the correct mask work?

mshchem said:
Would an old Speed Graphic viewfinder with the correct mask work?
Click to expand...

The aspect ratio and field-of-view has to correspond to a 35mm lens for 35mm film. So a 4x5 viewfinder for a 50mm-equivalent lens wouldn't work instead of the 28mm/35mm finders mentioned above.

I find it best to use ground glass or scotch tape to check what's in the film gate against the viewfinder's field-of-view. I just put the camera on a tripod, point it out the window and orient it so that some distant feature is at the left/right and upper/lower border of the ground glass and compare that to the finder. I do the same thing indoors using the bright bedroom window at 3-4 meters distance to check for parallax error.

I checked the Yashica finder against a Jupiter 12 and it's a pretty good match.

George Mann said:
Many sellers offer these plastic finders in both 28mm and 35mm. Anyone know how good they are?
Click to expand...

I bought some fitting my Hasselblad. They fit but are not very bright. However, the split screen works well and accurately. Definitely worth the money as a spare!
Regards

Okay, so the viewfinder arrived two days ago. It was what I expected it to be, which is to say: not very good.

The lenses are not finished very nicely and because of that the view is hazy and dull, particularly in the corners. It's useable but it doesn't exactly spark joy...

... as opposed to the *other* viewfinder sitting on my desk which came from a broken Canon Prima and which is nice and sharp and, most importantly, features reflective 35mm framelines with parallax marks. I got a dremel at a fleamarket the other day so I just fitted that one into the Chinese finder's housing: 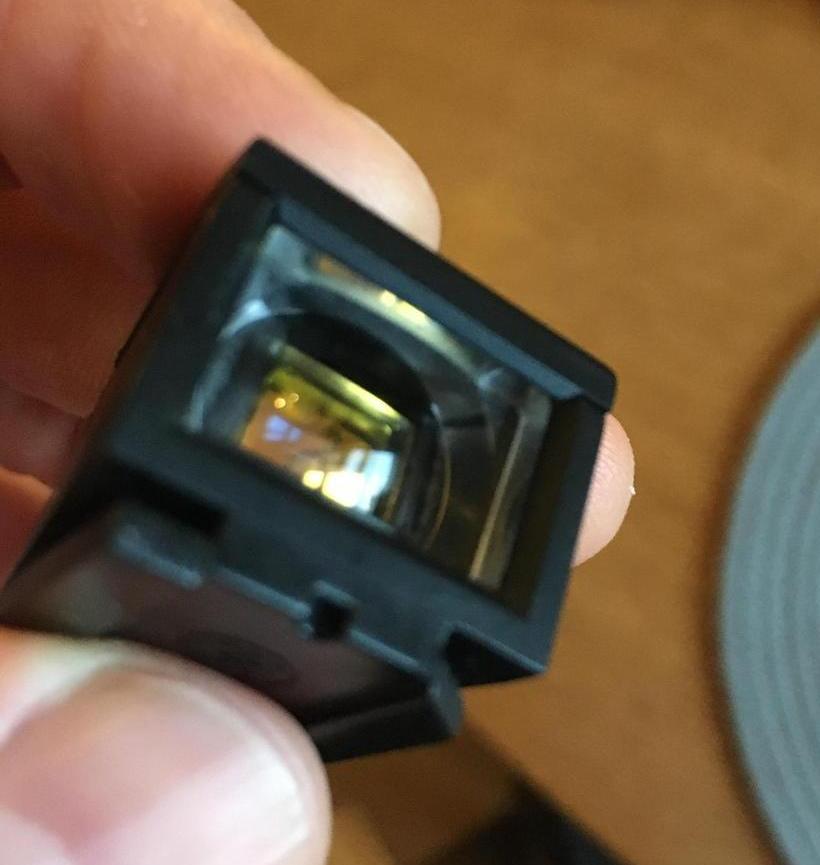 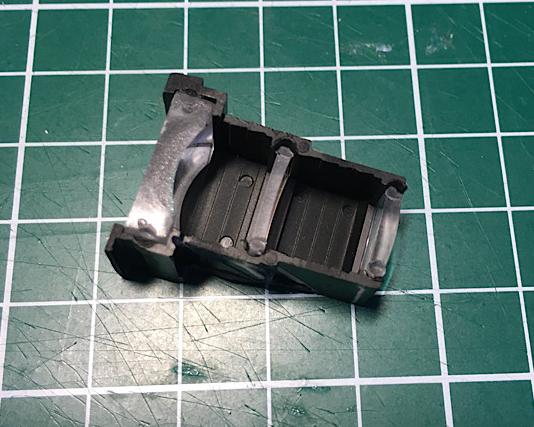 This took a while since dremeling plastic is a bit slow. I know almost nothing about optics but apparently the distance between the two back elements and the font lens doesn't matter. 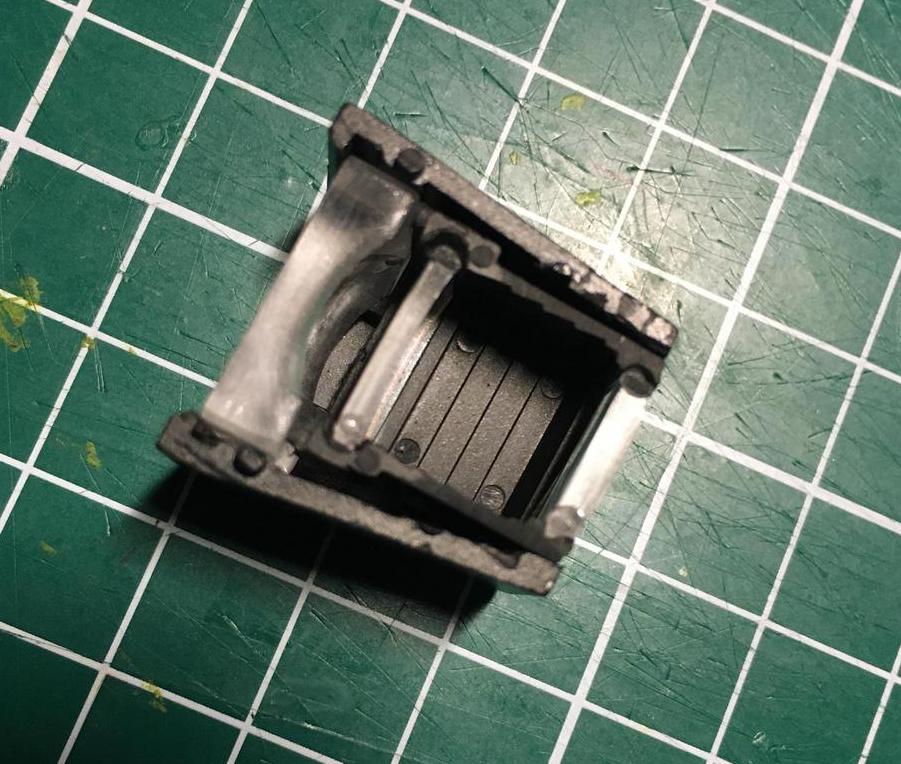 But it was a good fit in the end. Later I put in some black two-sided foam tape to fill in the gaps. 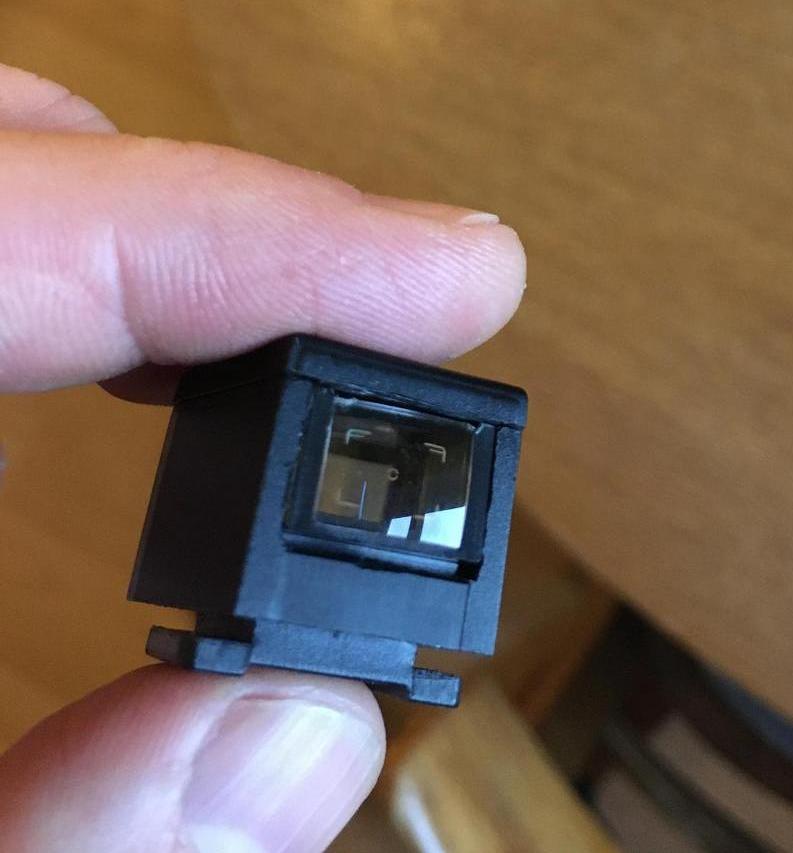 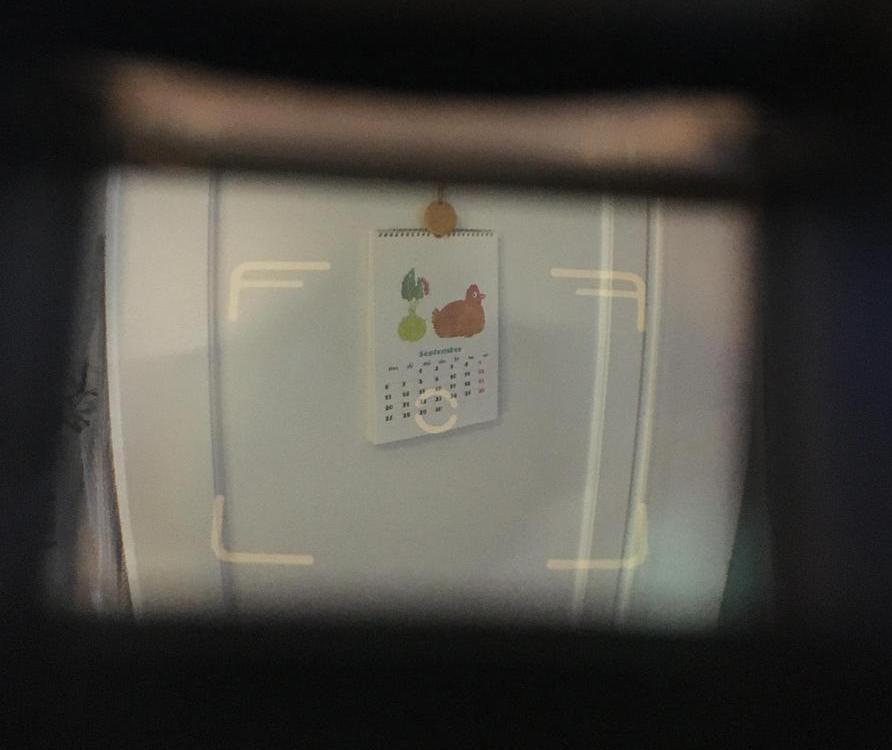 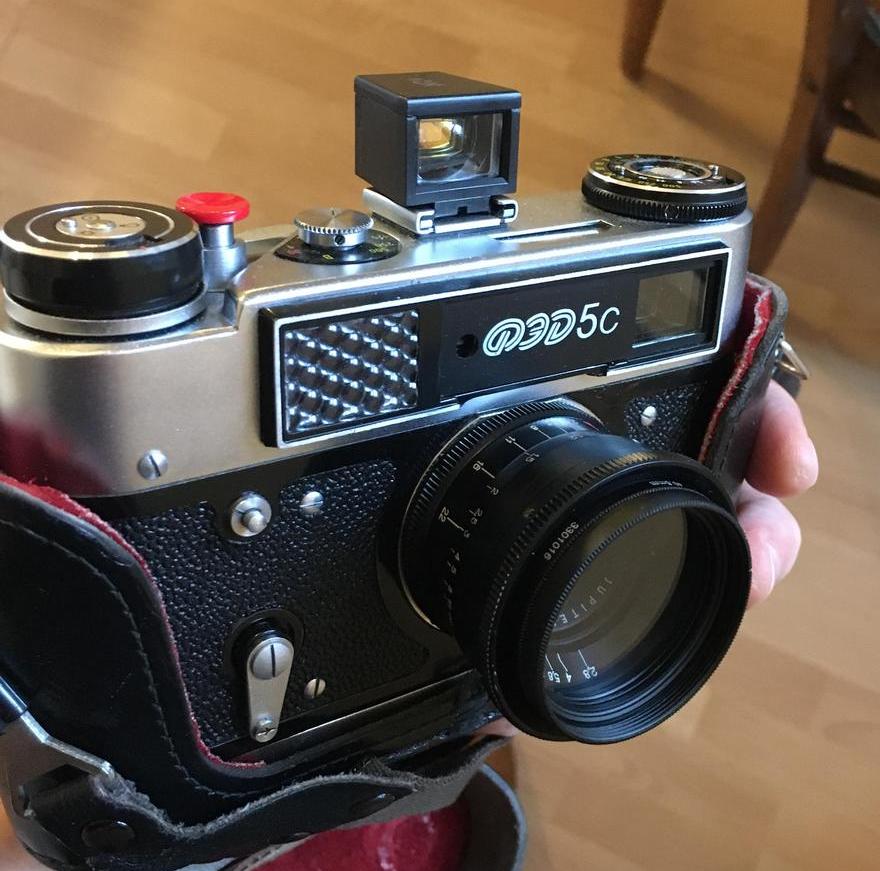 Another option would have been the 3D-printable housing for the Canon Sureshot/Owl viewfinder (https://www.thingiverse.com/thing:4505216) but it is much larger than I would prefer. The other thing is that the "Owl" has gotten a bit expensive (30-70€) and either it wasn't very common on the continent or it went under a different name, so it's a bit hard to find around where I live.
You must log in or register to reply here.
Share:
Reddit Pinterest Tumblr WhatsApp Email Share Link
Top Bottom