A
I want to join the Circus

A
Lith on Bromide

I have to include scans to illustrate.
Mackie lines, aka adjacency effects, edge effects, border effects, were thought in the 1960s to contribute notably to apparent sharpness with some films of that period. Crawley called this "the acutance era".
See The Film Developing Cookbook 2020 p 65-7.

What is seen in the attachments are unsharpened scans of negatives of a light grey/dark grey edge. Each attachment height corresponds to about 1mm on the negative.
Efke 25 is an example of a 1960s emulsion with low iodide and Delta 100 is today's film, believed with rather more iodide amongst other improvements.
Development was in the glycin/metol FX-2 according to the instructions here for a normal type of agitation and for stand development:

The Mackie lines on the negative sections shown are visible as slightly darker lines at the edge of the dark side of each section, adjacent to the lighter side.
IMO the best Mackie line is obtained with Efke 25 stand development, followed by Efke 25 normal development. However there still seems to be some effect with Delta 100 stand development.
In practice it would be better to use minimal agitation as there was some streaming from stand development, which is used for illustration purpose.

I think this is pretty much in line with what was thought ,except the differences are not that much.

I don't believe anything scanned, especially edge effects.
Here is a scan of a knife edge: 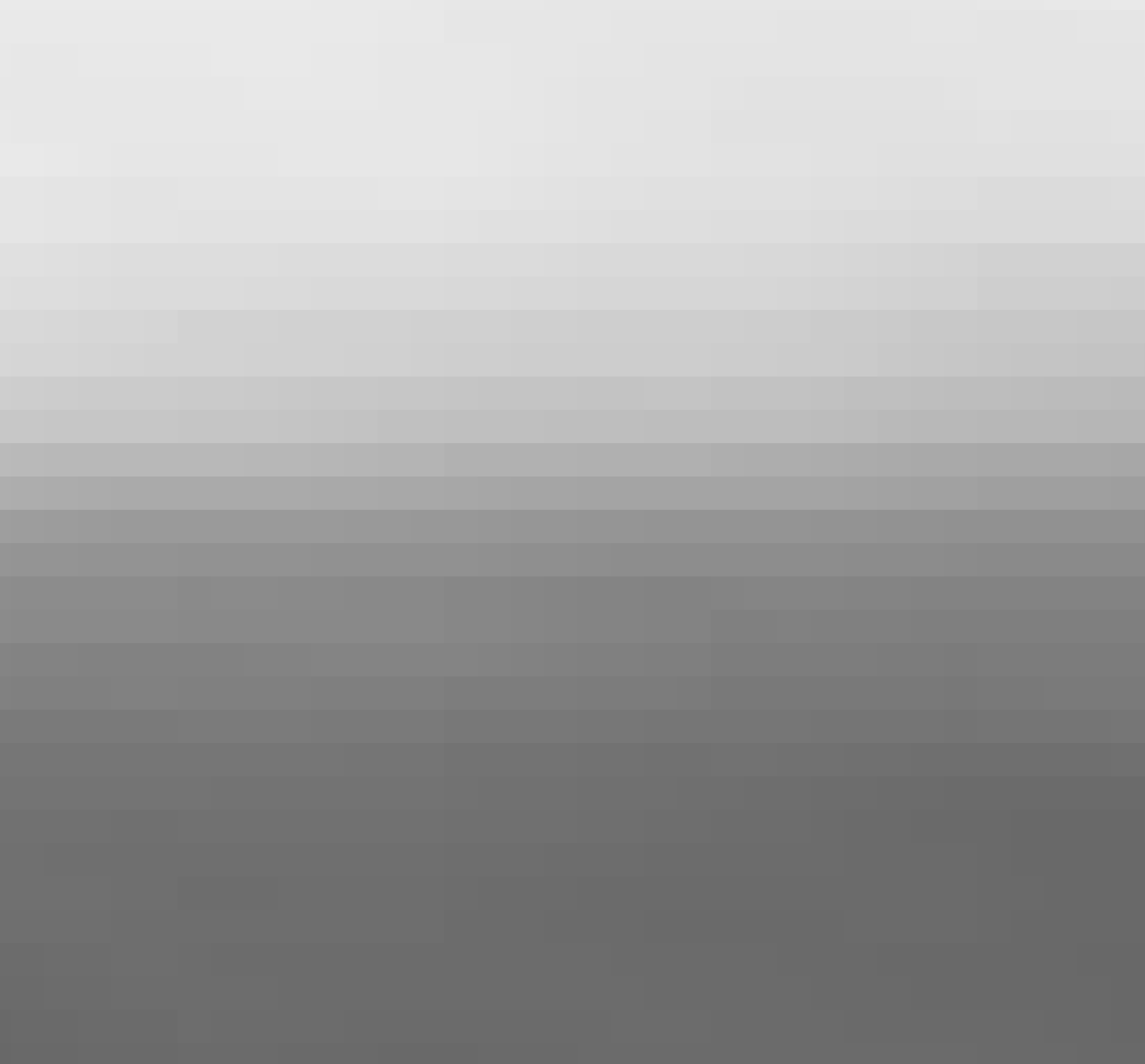 I get visibly more edge effects with PMK and reduced agitation for the second half of development. I can see the Mackie lines with the grain magnifier when enlarging. With two adjacent areas of markedly different density, there is a very pronounced line of increased density along the edge of the high density area abutting a very pronounced line of reduced density along the edge of the less-dense area. The effect is much greater than what is visible in your scans.

I don't have an easy way to scan and post an example, however, so you'll just have to take my word for it that greater edge effects than what you've achieved are possible.

I did do such a comparison a few years back making enlargements on paper but as you say it is just down to "take my word for it" so this time I tried some scans for examples. 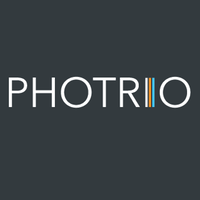 I have seen the use of the term "acutance" to describe modern B&W films? What are the characteristics of a modern B&W film as opposed to a traditional one? Is it merely a question of single versus multple emulsion layers, or are there other more important considerations. And which films are...

www.photrio.com
They do seem to underestimate the effect.
my Flickr: https://www.flickr.com/photos/98816417@N08/

How does FX-2 relate to the Geoffrey Crawley/Paterson developers?

I used Paterson Acutol in the 1960s, and (given the right kind of subject) a pronounced edge effect was visible at much less magnification than you show here. Unless I was kidding myself, but I really don't think so.
Jonathan Reynolds
www.allmyeye.co.uk

I thought Mackie lines were more associated with solarization and sabatier?
cliveheritagetilley.co.uk​
The contemplation of things as they are, without error or confusion, without substitution or imposture, is in itself a nobler thing than a whole harvest of invention

The FX-2 linked in post 1 is Crawley's FX-2 from 1961. Here I left out the Pinacryptol yellow but I believe that just reduces fog a little and is not relevant.
It seems that these lines may be more visible on silver gelatin prints.
Last edited: Nov 17, 2022
my Flickr: https://www.flickr.com/photos/98816417@N08/
OP
OP

cliveh said:
I thought Mackie lines were more associated with solarization and sabatier?
Click to expand...

The most pronounced edge effect / Mackie lines I ever got was with Fujifilm Neopan 400 and Pyrocat HD semi-stand. The prints look like digital images with excessive unsharp masking applied, expept for the grain and tonality. I am not a fan of this kind of look, but I suppose it could be interesting in some circumstances. I thought of posting a sample, but I'd have to take a picture of it with my phone, which would undoubtedly apply some sharpening of its own, thus defeating the purpose.

Crawley must have evolved his formulae really fast! According to this website, Acutol was FX-14 by 1964, and subsequent Paterson developers had sequential FX-## numbers leading on from there.

I'm too young to remember the actual introduction of Acutol, but I devoured later reviews of all the Paterson chemicals. I'm not sure the reviews of the time were based on much, but the idea that you could get different outcomes through clever chemistry was exciting. Previously I had used Johnsons PQ Universal developer for everything, negatives and prints. That came in a plain grey bottle that smacked of the 1940s, whereas Paterson had their bold, ambitious 1960s red-and-black livery. So I was probably being led by the advertising. I ended up convinced about the edge effects, but also that Acutol gave me grainer negatives.

To see if they got any such lines in the 60s I developed Efke 25 [~60s Adox KB14] EI=25 for 18m 20C in FX-2 1+1+8, agitate 2 inversions every 3 min.
I cannot see any Mackie lines in in the image which was not sharpened during scanning.
The fence posts in the field look quite sharp, maybe edge sharpening comes from this acutance developer.

I once used a high acutance developer for my film, it may have been Accufine, not sure. Once was enough, it looked way too sharp and unrealistic.

Alan Johnson said:
To see if they got any such lines in the 60s I developed Efke 25 [~60s Adox KB14] EI=25 for 18m 20C in FX-2 1+1+8, agitate 2 inversions every 3 min.
I cannot see any Mackie lines in in the image which was not sharpened during scanning.
The fence posts in the field look quite sharp, maybe edge sharpening comes from this acutance developer.
Click to expand...

Alan, I hope it's not unfair for me to say that we can't tell anything from that scan! Nothing in it looks remotely sharp or edgy to me, even for a raw scan.

Do you have access to a microscope, even a basic one? If so, you might have a better chance of photographing edge effects if you put the negative on the microscope stage and use your phone in place of the eyepiece.

This exercise of yours seems to imply that there is some doubt about the value of edge effects in photographs. Is that the case? As already said, I don't know one way or the other. I'd be really surprised if it was all delusion, but stranger things have been known...
Jonathan Reynolds
www.allmyeye.co.uk

You need to look at the negative under magnification. Sure a microscope would be fine, but most of us already have a high-quality grain magnifier. Just rack you enlarger all the way to the top, use the widest lens you can and examine the negative with the grain magnifier. That will tell the tale.

FWIW, I don't see Mackie lines in my prints up to 20x24 from 4x5 negatives, but they are clearly visible with the grain magnifier.

I made some photomicrographs of the edges scanned previously.
It may depend on how long you look at them.
IMO there is some edge effect with Efke 25 stand and with 3 min agitation intervals but generally the edge is a bit fluffy with some half-way grey grains.
With the Delta 100 there is less edge effect but more sharply defined, no grey grains.
I concluded the Efke 25 cannot be made to look as sharp as Delta 100, at least in 35mm,by using minimal agitation [3m] and FX-2.

Seems like we're the same then! Myself, I don't believe anything wet printed. How would I be able to interpret a negative after it has gone to one of further rounds of amateur chemical and optical manipulation? A print says nothing of a negative imho.

The only thing then would be to look at the negative, but Mackie lines are tough to judge from a post stamp sized inverted image. Perhaps a good microscope would help.

Tell you what, I'll take a (good, flat) scan over a print to judge Mackie lines.

albireo said:
The only thing then would be to look at the negative, but Mackie lines are tough to judge from a post stamp sized inverted image. Perhaps a good microscope would help.
Click to expand...

That's exactly what he has done!

Here is one with my microscope adapter. The width of the circle of view is about 1mm.
The tiny cubic crystals of grain can be seen.
It does not change the conclusion in post 15.

I was just on Google Scholar for another reason, and came across this, which I think will be of interest. Unfortunately the full paper is behind as pay wall, but the abstract is interesting in itself.
Jonathan Reynolds
www.allmyeye.co.uk
OP
OP

Thanks for that. PL Zengerle reached some conclusions additional to those of Altman & Henn discussed on Photrio a while back.
my Flickr: https://www.flickr.com/photos/98816417@N08/

FWIW, the Mackie lines I see with PMK are more pronounced than what you show with Efke 25 and stand development for 1 hour.

As you have surmised, edge effects only give an illusion of sharpness; real acutance comes from fine grain and very clean and definite transitions between areas of low and high density.