If you have shot this film with good IR effect please post with shooting data.
"Generalizations are made because they are generally true"
Flicker http://www.flickr.com/photos/stradibarrius
website: http://www.dudleyviolins.com
Barry
Monroe, GA

Here is a link to my gallery:

(there was a url link here which no longer exists)

If you have shot this film with good IR effect please post with shooting data.
Click to expand...

stradibarrius said:
If you have shot this film with good IR effect please post with shooting data.
Click to expand...

If you want a stronger IR effect with the same filter and a similar look as the good old Kodak HIE you will be better off with an Efke 820IR: 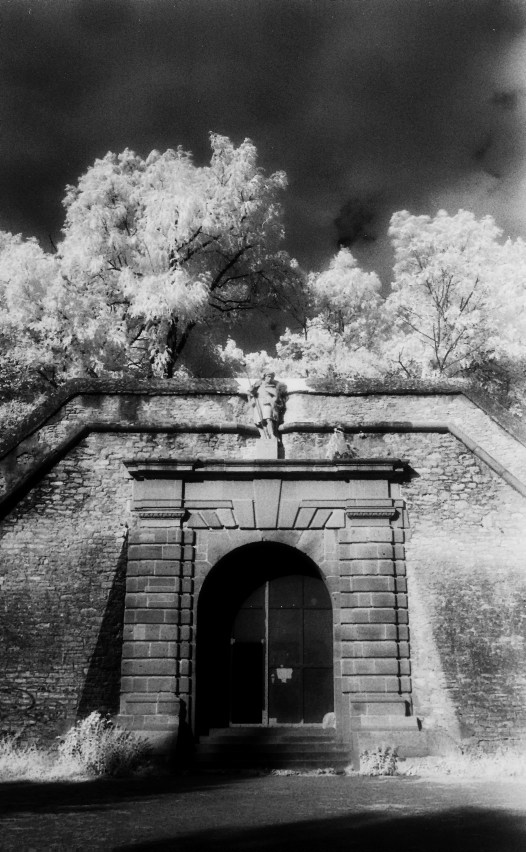 (This was the "Aura" version that adds some extra blooming to the highlights)
The future belongs to the few of us still willing to get our hands smell like fixing bath.
OP
OP

Do you remeber the shooting data?
"Generalizations are made because they are generally true"
Flicker http://www.flickr.com/photos/stradibarrius
website: http://www.dudleyviolins.com
Barry
Monroe, GA

stradibarrius said:
If you have shot this film with good IR effect please post with shooting data.
Click to expand...

With #87 and +12 stop compensation gives the most 'effect', in my experience.
"Only dead fish follow the stream"

Keith, I remeber some shot you made in Central Park with Rollei IR. They were very good shots and I really enjoyed looking at them. Do you recall you shooting dat with those...+12 stops? Is the filter value of the #87 and the 89B the same?
"Generalizations are made because they are generally true"
Flicker http://www.flickr.com/photos/stradibarrius
website: http://www.dudleyviolins.com
Barry
Monroe, GA

Thanks. Yes, I added ~12 stops. The exposures were, IIRC, something like f/8 and 2 sec in sunny 16 light. Handheld! (Okay, braced, but handheld nevertheless

This one was also done with similar compensation and also the 87 filter....

The main thing with IR is that it's all about the light you have... the exposure comp factors can be way off in overcast or if shooting outside the ~10am-3pm window. HIE could give lots of 'effect' outside that window, but... alas it is no more. If you want screaming IR Wood effect, the best time to get it is in April or so (northern hemisphere) when the foliage is fresh green. On a sunny 16 day, high noon, in April, with a clear sky, my comp factor with the #87 goes down to ~10 stops. But I bracket. And when I say bracket, I don't mean +10,+11,+12, no sir! I mean bracket liberally: +10, +12, +14. Then you'll get something useful for sure. Actually, I don't think I've ever overexposed a shot on the Rollei IR with the #87.... it's really hard to do!

By the way I also get good 'effect' with the superpan, I think I put something in the gallery earlier in the year which was done with superpan and an rm72 hoya filter, which may be like your 89b. The factors I used were much smaller, more like what was earlier mentioned- +5 or 6 or 7 or so. Same factor with the rollei IR. But do bracket!