I Think I Suck At Developing

My first couple rolls were A-Okay and on the money. Now after the last two rolls my confidence has been shot. I keep getting these kinda hair marks on the film (first photo below) and I wipe each negative with a micro fiber cloth and everything, nothing seems to help! I also seem to be getting these weird brown spots not sure why (second photo), and another problem is these weird kinda scratches (also second photo below). I use a film squeegee and am guessing these are scratches but should i be worried about water spots if i stop using the squeegee? If you can give a new b any advice on any of these issues I would be so grateful! 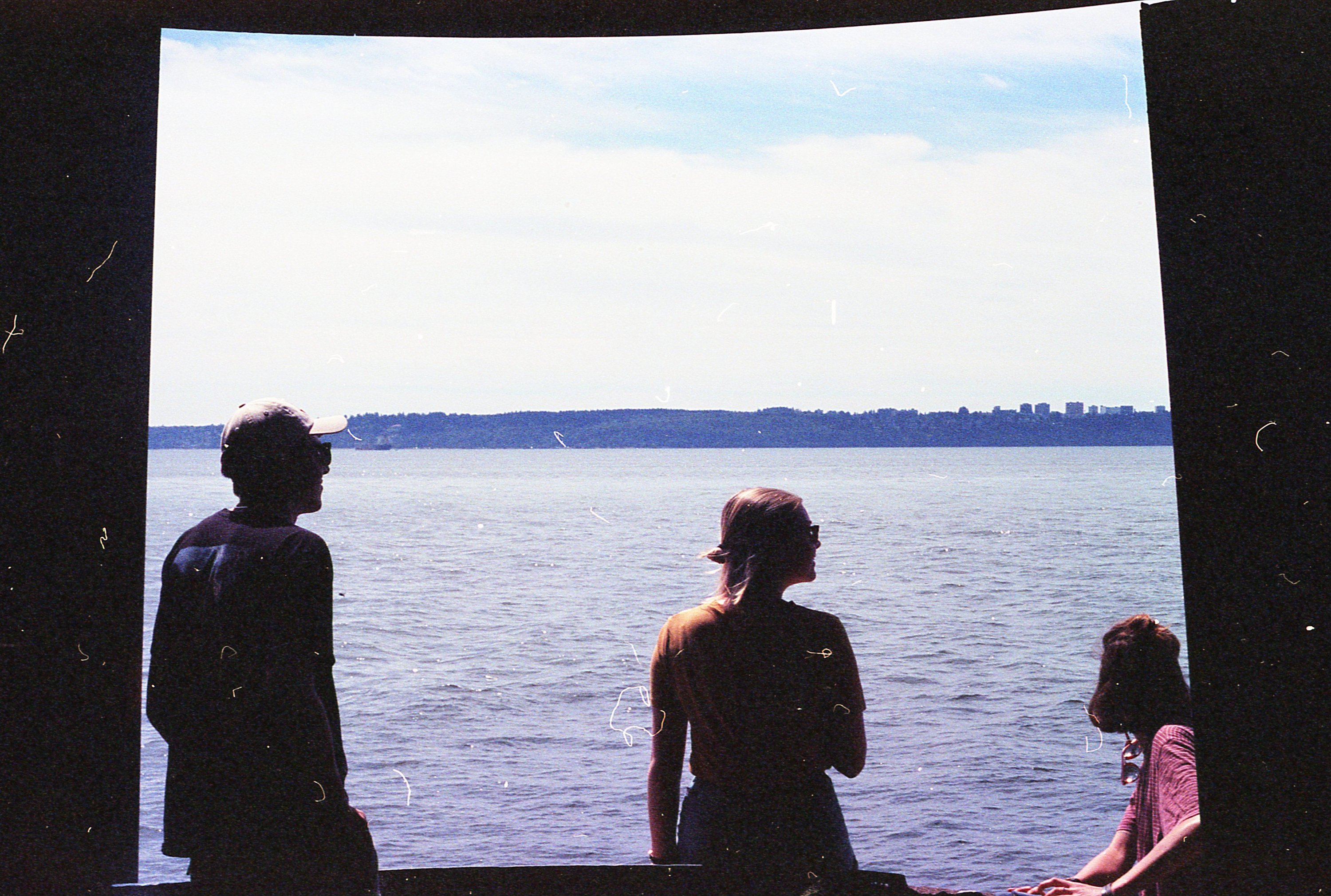 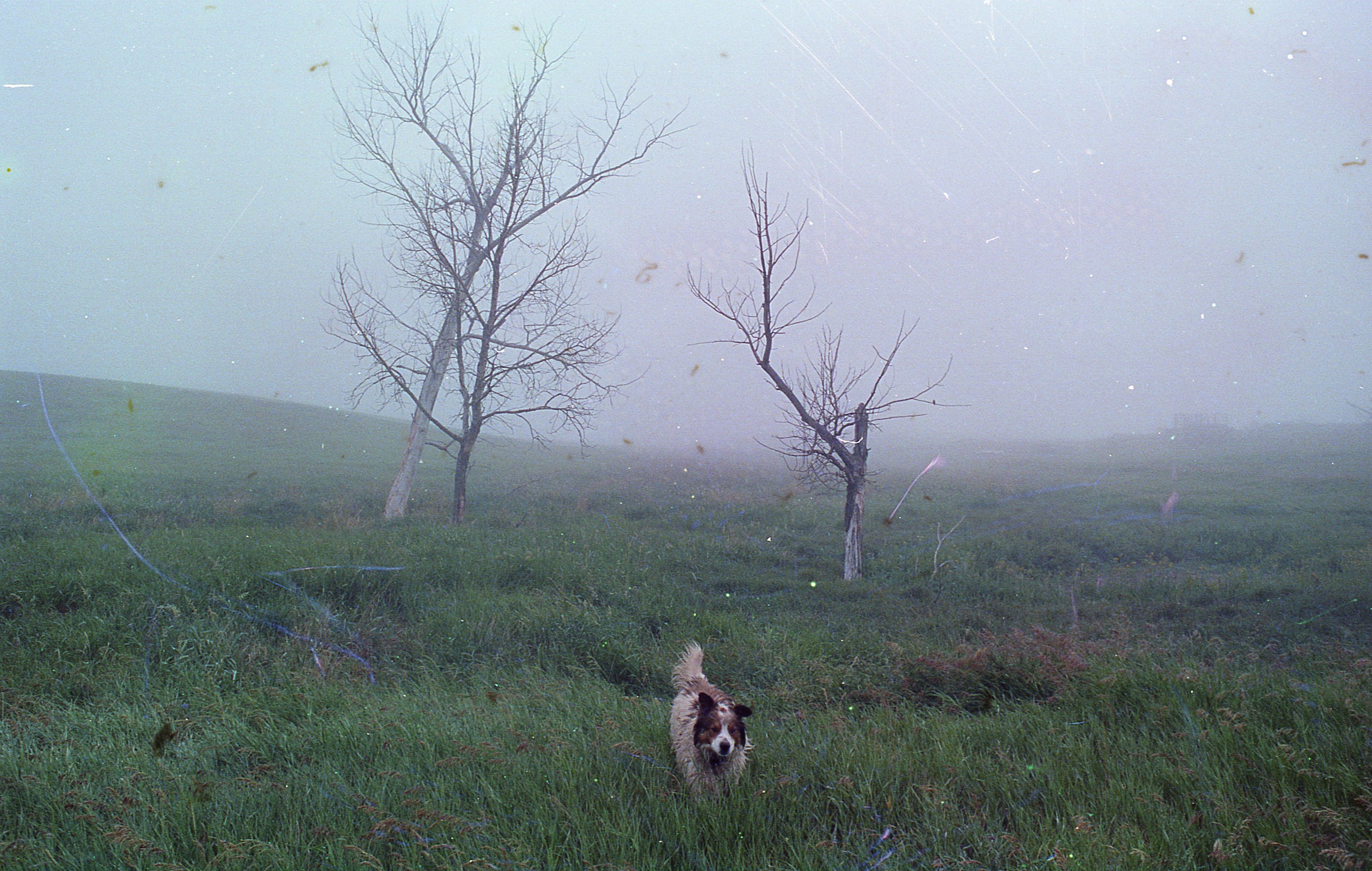 top one looks like dust. Microfiber cloths are only clean when you first open them up from their package. After that they're dust magnets.

Throw the squeegee in the trash and get some Kodak Photo-flo. Looks like you have a dust problem somewhere in your work flow.
OP
OP

Thanks guys, Any ideas on how to eliminate the dust?

How did you create these positives?

If you're scanning, for the dust, get a anti-static cloth and wipe the glass and the neg. I also use a 2-inch soft bristle paint brush along with a blower. Being in semi-desert Colorado, dust is a plague.
Last edited: Aug 11, 2018
Freedom is never more than one generation away from extinction.

BAC1967 said:
Throw the squeegee in the trash and get some Kodak Photo-flo. Looks like you have a dust problem somewhere in your work flow.
Click to expand...


+1
Photo-flo & a gallon of distilled water.

Never allow considerations of composition to interfere with or prevent you from getting a spontaneous picture.
Click to expand...

BAC1967 said:
Throw the squeegee in the trash and get some Kodak Photo-flo. Looks like you have a dust problem somewhere in your work flow.
Click to expand...

Absolutely. Use PhotoFlo or other surfactant measuring and following the directions. Once hung a paper towel can be applied to the lowest corner to draw off water, if necessary.


Carter Lewis said:
Thanks guys, Any ideas on how to eliminate the dust?
Click to expand...

Use canned air held far enough a way to keep residue from depositing on the film.

+2
Dump the squeegee and go with Photo-flo and distilled water for your final rinse. Hang the negs to dry in a draft and dust-free area and don't touch them until they are dry. Before printing or scanning I use a blower bulb and good quality brush to remove any loose dust from the negative.

I don't clean negatives unless absolutely necessary, and only with KimWipes and Edwal film cleaner. Keep negatives stored in sleeves when not printing or scanning. You'll always have some dust when scanning, but nothing as bad as you have here.
My Flickr: http://www.flickr.com/photos/photo_jim/
Instagram: https://www.instagram.com/ag47oldschool/

Steam will stop the dust. I hang mine in the shower after first running the hot water for long enough to get some steam happening then make sure the windows, vents, door are all shut while it dries for a few hours or so. Make sure the film is completely dry before touching.
Paul
Want my pictures to be beautiful, not realistic
https://www.flickr.com/photos/144284773@N06/

awty's suggestion works for me--I have a compression type shower curtain rod with hooks for film hanging near the back of my shower. A humid drying environment slows drying, but also keeps the dust in the air to the minimum.

No squeegee--it's a good way to scratch your film. Photo-flo well diluted is good. Avoid agitating the photo-flo solution to minimize bubbles, and I dilute weaker than bottle recommendation; I don't reuse it.

All the recommendations for Photo-flo wouuld be fine if the OP was developing black and white film, but unless my eyes deceive me I believe that we are dealing with colour film here.
Modern colour negative films are designed for something like Kodak Final Rinse after the final wash. In addition to a surfactant, Final Rinse includes a bacterlcidal agent - necessary if you want your colour negatives to last.
Traditional black and white film contains its own bacterlcidal agent - silver. Developed colour negative film has had the silver bleached out.
All the other reccomendations concerning squeegee and humidity and avoidance of micro figure are excellent.
Matt

The ONLY way I was able to remove the dust problem in my work flow was as follows:
Develop film.
Film goes directly from the rinse water to a "salad spinner" where I spin off 99% of the water. No handling it in the open air. No walking around with it in my hand.
The film then goes from the salad spinner to the film dryer where it dries on the reel. The film dryer has several filters to filter the air.
50 minutes later, the film goes directly from the dyer to the printfile pages in 5 negative strips.

that's it. No bathroom, no shower, no hanging 10 hours...none of that stuff.

I get perfectly clean negs every time without effort.

+1 on dumping the squeegee and on hanging film to dry in the shower. That will cut 80% or more of the dust.

There were two problems mentioned. We have covered one( dust and hairs) but what explains the brown spots on frame 2? If it's any consolation and maybe you have come to the same conclusion, your processing per se looks fine so you do not suck at developing.

If you have a naturally very dusty room which allows dust ingress then you need to somehow isolate the film when drying. If you can see the marks on the negs and they have not come from the scanner the problem occurs earlier in the process. Are these the only two frames with marks or are these just examples of what occurs on a lot of frames?

Another way to avoid dust is to get rind of the cat.

Warning!! Handling a Hasselblad can be harmful to your financial well being!​
Nothing beats a great piece of glass!​
OP
OP

Pentaxuser. There were a few with these kinda weird marks. I kinda have two theories I really struggled to get that roll on the reel for some reason I also think it was the stupid squeegee

where are you processing your film and drying it ?
if you can get one of those weird garment bags
that hang up in a closet or wherever ...
you know, it can hold like 4 shirts and 5 jackets
you can hang your film in there in a shower &c and zip it ..
buy something called photo flo. you only need a couple of drops
for a tank of film 1 bottle is a lifetime supply pretty much.
it will help you get rid of the water when it dries so you don't get spots..
no squeegee needed ( they are good for prints not film )
and don't bother with anything labled photo squeegee, just buy a windshield wiper
i have one i have been using for IDK 37 years ?
have fun !
john

ps your developing isn't bad its better than some labs that do film processing every day and all day ..

That second photo of yours looks like it's been trampled on the floor, I have no idea how that many marks have ended up on it. And what the hell is that weird dotted pattern you can see in the sky?

I treat my negs horribly, wiping them dry with a paper towel because I'm impatient, cutting and scanning without gloves on, and I never have any scratches, hairs or dust. Are you developing your film in a coal mine?

Is fresh film being used? The first image suggests old expired film or possibly underexposed new film. I've seen brown spots with old poorly stored film. IF you are using old film, and it is tempting to try something new with cheaper film, try using fresh film - expired film can be fun, but early in the learning process it complicates the process; for example, are the "brown spots" film or development related?

The dust on your first film is probably drying related, and all of the previous suggestions other than photo-flo are appropriate and worth trying. We all are working in different environments with varying humidity, ambient temperature, water quality, etc and techniques that work for one person my not work for others. Another possibility is that at some point prior to scanning, your film came in contact with a dusty surface. I have obtained scans like photo #1 after accidentally dropping my negatives on what I thought was a clean floor.

The scratches on photo #2 could have occurred while loading the film or sometime after development. Like others, I don't recommend a squeegee, but I don't think these scratches are related to that as squeegee scratches tend to run somewhat parallel to the film, and the scratches seen here are more tangential. The brown spots could be related to old film, but, if you used fresh film, I would be concerned that your film had collected dust prior to development.

Where is development being done? A dedicated darkroom, bathroom, kitchen sink, laundry room? Is the film loaded in a commercial changing bag, home-made changing bag or darkened room?

Whatever your issues are are correctable. If it makes you feel any better, when I first started development at home, my first few rolls were perfect. Probably because I was somewhat OCD about the process, and did multiple dry runs before doing the actual processing. As I became more comfortable, I began having errors. Over time, I have learned which parts of the process are very important, and which are less important and have refined my processes so that I am comfortable, but not cavalier, about the process.
You must log in or register to reply here.
Share:
Reddit Pinterest Tumblr WhatsApp Email Share Link
Top Bottom