Angels & Insects at U. of Notre Dame

I'm a little late in getting this out, but better late than never! Selections from my award-winning Angels & Insects collection of large format photographs will be on display at the University of Notre Dame through November 20th, 2009. 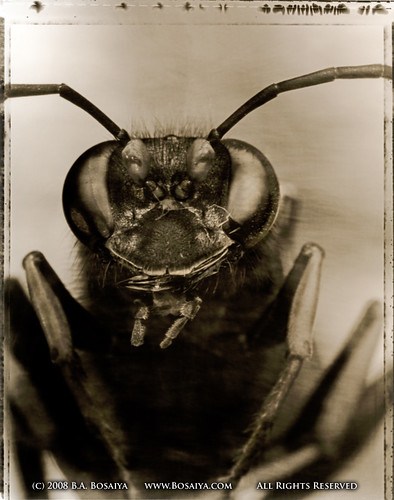 Link to info page at the university: http://www.nd.edu/~art/calendar/photo.htm

A little far for me to go ,looks like a interesting show.Could not get to see your photos in the link ,if they are the same quality as the one you have posted it would be a great show . Thanks for for sharing Bosaiya, I've seen a few of your great beautiful toned bug photos posted here.

Thanks, Mike. Obviously I don't have any control over what the galleries choose to put on their pages. Sometimes I don't even get a say in what the exhibition is called (they called this one "Bugs"). Oh well, I try not to worry about things out of my control.

I think that the online versions are relatively accurate representations of the prints. I mean, they're dead bugs, right? "Yep, that's them alright!"

Well I was going to ask how you got them to smile, but I guess if they are already expired doesn't matter.

I'm amazed how close you got. Simply wonderful!

mike c said:
Well I was going to ask how you got them to smile, but I guess if they are already expired doesn't matter.
Click to expand...

Yep, same way as my portraits of humans!
OP
OP

Thanks, Jeff. At the risk of exposing the magic for the mundane, here are some behind-the-scenes shots. 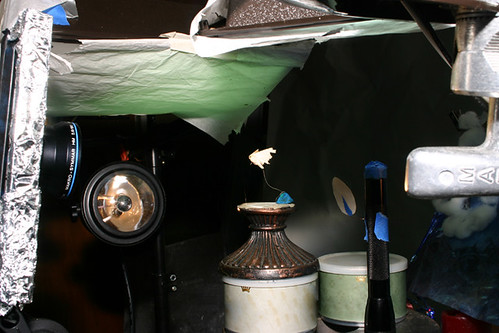 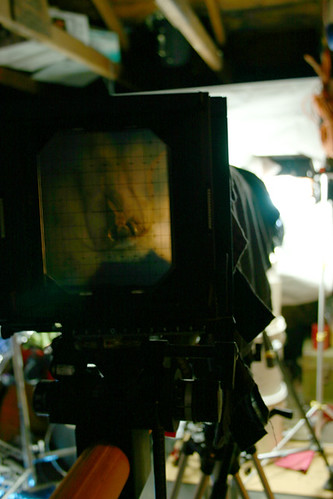 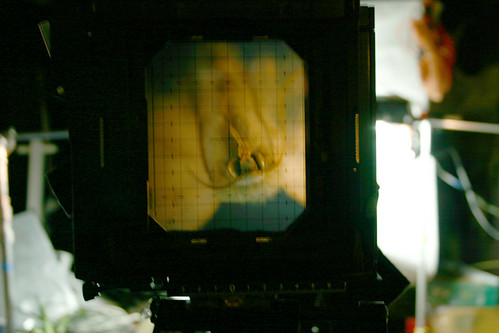 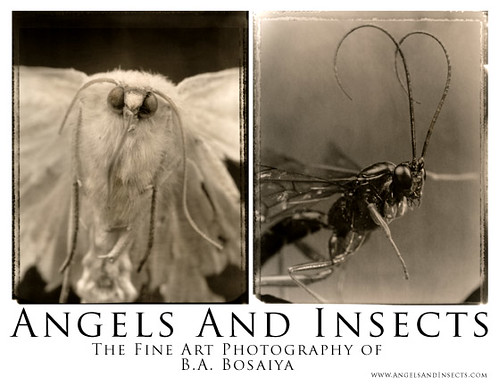 Thats really something ,looks like you are working in your garage .Working with such a small depth of flied must have been a challenge,must make focusing rather hard.From the picture of the back of the camera looks like there is plenty of light,is that from a strobe or hi intensity incandescent?

That is really something!

Thanks. Before moving a few years back my studio was in a bare garage, yes. My chemicals would freeze in the winter and be uncomfortably hot in the summer! Now I have an attached garage with actual insulation, it feels pretentious. Focusing is just about the biggest challenge, taking upwards of an hour at times. With an eight-foot rail it takes a few moments of walking just to check and see the effect of any changes. Rinse, lather, and repeat a hundred times and your whole day is gone. I tend to use a good deal of movements to get the focus how I want it. The size of the subjects and objects in frame adds to the difficulty as it is easy to knock things over without even touching them, just from air movement alone. Sometimes moving the lights will cause a slight thermal updraft or sidedraft that disturbs the lighter subjects. It's amusing to watch dead insects take flight while trying to focus.

Exposures tend to be 30-60 seconds, depending on the magnification involved. There's a lot of light but the bellows extension factor is a killer. I use a combination of tungsten for modeling, halide for overall illumination, and LED for details. I have accidentally immolated subjects with hot lights which is why I started using the halide and LED light sources. I don't want to make my mark in photographic history being known as the one who set himself ablaze and dying while waiting for that one last exposure to finish (which is probably what I'd end up doing!)

I've experimented with flash but it's almost impossible to accurately meter in such a small space. Figure that moth is about half an inch tall and there's not a lot of working space. You can see it relative to the size of the lens which is of a standard size. I chose that particular subject for the behind-the-scenes shots because it was so large, most aren't even half the size. I do a lot of work with tweezers and 3x reading glasses.

Beautiful work. I admire your patience and fortitude in overcoming the challenges of working with such delicate subjects with extreme close ups.

Thanks for posting your "setup". It's always nice to see how extraordinary results can be achieved with a minimum of gear.
"Fundamentally I think we need to rediscover a non-ironic world"
Robert Adams
OP
OP

Thanks, Jim. The technical challenges are part of the allure for me, I get to engage the problem-solving part of my brain alongside the creative part.

I'm a firm believer in end results and "doing it yourself." Necessity is the mother of invention and I have found that once I obtain a coveted widget or gadget that is meant for the task the magic somehow disappears. Lately I have been preoccupied with overhauling several cameras for use in extreme environments, tickling that special place that only a technical and artistic challenge can reach.

Bosaiya,I like your attitude towards your approach to Photography,and necessity is the mother of invention is so true.
OP
OP

Thanks, Mike. I try to avoid the mystique and zeal sometimes associated with the craft, it's just photography after all, there are no secrets anymore. Kind of like the Penn & Teller of photography, in a way. It's all just so much smoke and mirrors and hidden wire.
You must log in or register to reply here.
Share:
Reddit Pinterest Tumblr WhatsApp Email Share Link
Top Bottom