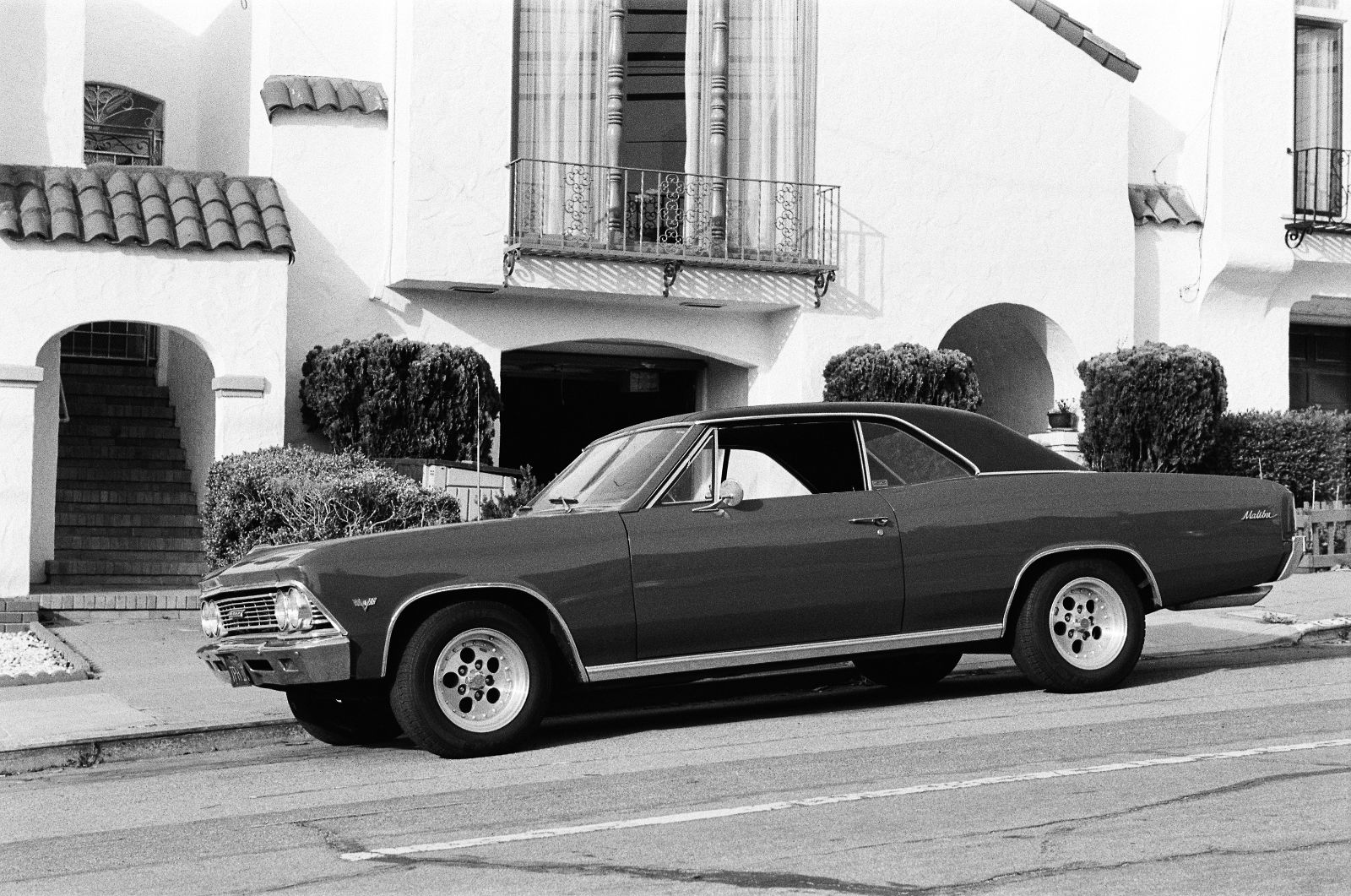 I got lucky on this one, we were headed to the grocery store and saw the driver pull over, park and run into his garage. I parked, grabbed a few shots and the driver came back out and took off.
Click to expand...

Reactions: drkhalsa
A fine B&W vintage looking scene here.
Looks like a 66 as near as I can tell from this angle. I had a 64 and later bought a 66 El Camino. The 66 was the first year of the larger version Malibu. Both the 64 & 65 were my favorites. Although this 66 looks like it is not an SS version. Those typically had the Big Block 360 H.P. 396 C.I. engines.
This one is well taken care of. I can't say I recall the Vinyl roof on the 66 versions. I did have a 69 Camaro with a Vinyl roof. It came with the 325 H.P. 396 C.I. engine.
"Nobody cares how much you know, until they know how much you care"